Two members of a fake tax collection syndicate were on Friday nabbed by the officials of the Oyo State Board of Internal Revenue in Ibadan, while carrying out their illegal operation around Agbarigo, Onireke Avenue, Ibadan, in the branded jacket of the Board.

According to the identity cards caught on the suspects, the duo was tagged ‘revenue collector’ with one Joint Tax Board (JTB) consultant.

The suspects were nabbed by the officials of the state board of internal revenue who were on a tax awareness, sensitisation and collection tour of markets on payment of tax by traders and operators in the informal sector in the state.

The OYBIR team was led by the Chairman of the Board, Mr Bicci Alli, the Director of Finance and Administration, Mr Akinwale Akinade, top officials of the Board and other revenue collectors who were on a tour of the Bodija, Apata and Idi-Iroko markets in the capital city.

The suspects; Friday Emmanuel and Oyedeji Oyekunle, in an interview with journalists, disclosed that they are on an appointment with a staff in one of the local government council in Ibadan who pays them on a 50-50 remuneration basis of whatever amount they generate per day.

They also professed their innocence that they were not on an illegal operation but on appointment as consultants to the board, as reflected in one of the suspect’s identity card. The identity card which bears the logo, name and image of the board further drew the attention of the Chairman, Oyo State board of internal revenue, Mr Bicci Alli to investigate the matter the more.

To prove their innocence, the suspects were told to make phone call to their employer, whose name was simply given as ‘Mr Bayo’ who they claimed works at an undisclosed local government in Ibadan, but the efforts were unsuccessful as the said Mr Bayo initially failed to pick the calls but later told the suspect to come to the Ibadan North East LG.

However, other attempts to call the said Mr. Bayo for a confirmation of his location later saw his phone line not connecting as it was said to have been switched off. the suspects also said they had other tax collectors who operate in other parts of the city but that the two of them only knew each other as members of a team.

The suspects said “We were employed around March/April 2018 to collect consolidated tax on behalf of the state by one Mr Bayo who we have been trying to put calls through to his line. Though we were not given any letter of appointment to that effect but we were told that we will get a letter from the Commissioner of Police. Up till now, we are yet to receive the letter.”

On remuneration and how they operate, they said “We are on 50-50 agreement. That means we take 50 per cent of whatever amount we collect. The receipt is N5,000 but it’s negotiable. In case we’re unable to make up to that amount, we have to ensure that we deposit the N2,500 percentage per receipt of the receipt sold.”

Thereafter, Mr Alli ordered officers of the board to hand over the suspects to the police for further investigation.

While reacting to the situation, OYBIR Chairman, Mr Bicci Alli, said neither the state government nor the OYBIR had engaged any contractors, agents or consultant to collect revenue on its behalf by the roadside.

He emphasised that the government did not send any agent to collect its revenue in whatever format, urging the people not to patronise such an agent or make any payment to them. He added that all roadside tax collection is illegal and as such must not be patronised.

He, however, added that only trained revenue collectors for the informal are operating with a POS machine to collect revenue while all others for the formal and organised sectors are made to the designated banks. 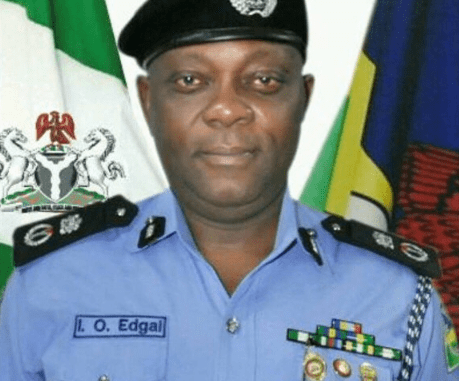