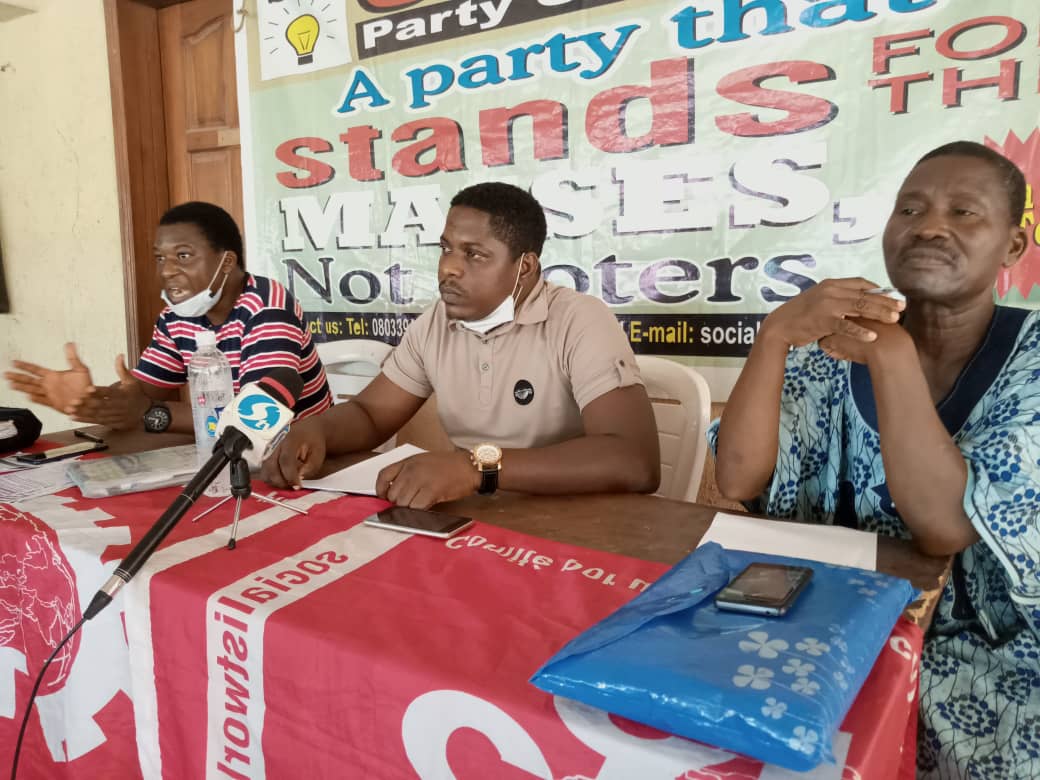 The Oyo state chapter of the Socialist party of Nigeria has maintained that the exclusion of the West Africa Examination council registration fee from the Gov. Makinde led Administration Free Education Policy in Oyo state is laughable.

Socialist Party of Nigeria further condemned the stand of the government on the point that payment of registration fee for an external Examination like WAEC is not the responsibility of the government but that of the parents.

SPN made this assertion while briefing newsmen on its comment on the first year of Engr. Seyi Makinde/PDP led government in office by the Part state secretary, Mr. Ayodeji Adigun at the NULGE Event Centre, Onireke Ibadan on Wednesday.

The Political party also noted that the Free Education Policy goes beyond the cancellation of Three Thousand naira (N3,000) and free distribution of six exercise books for primary and secondary school students in the state.

“We believed that such an intervention by Engr. Seyi Makinde – led government should have better been described as education subsidy and not free education.

This is because free education entails so many things like expansion and modernization of physical infrastructure like classrooms, laboratories, libraries, sickbays and the provision of free meals, textbooks, uniforms and bursary to students.” SPN added.

Speaking about the state of Security, the party noted that the increasing rate of insecurity and youth restlessness can only be curbed by looking into a way to reduce the case of unemployment and poverty in the state.

SPN however advised the government to cancel the use of Contract System in infrastructural development adding that the state Ministry for Works should be the one in charge of approving and managing contracts.

They added that the cancellation of the Contract system will create employment opportunity to the unemployed and will as well stop the act of public resources been carted away by few individual that masquerade themselves as contractors.