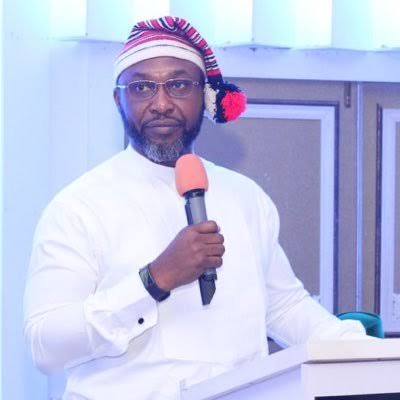 235
SHARES
3.8k
VIEWS
Share on FacebookShare on TwitterShare on WhatsApp

Former Minister of Aviation, Chief Osita Chidoka has condemned the recent clash between security agencies and members of the Indigenous People of Biafra (IPOB) leading to the death of some members of both groups.

Chidoka in a statement also condemned the use of violence by security agents or private groups, describing it as a byproduct of the militarization which must be avoided.

While commiserating with those who lost their lives, former Corps Marshall, Federal Road Safety Corps (FRSC) asked the government of Enugu state to institute a commission of Inquiry to ascertain the truth around the incident.

The statement read, “Following media reports of the violent face-off between security agencies and members of Indigenous People of Biafra (IPOB) leading to the death of unarmed civilians and security agents, I contacted senior security officers and lawyers of IPOB.

“In my interaction with the security agencies facts emerged that the State Department lost two officers and automatic rifles during the fracas while two members of IPOB were killed and about five injured. As at the time of our conversation 5 members of IPOB were in Police custody. I requested the Police to grant them bail or charge them to court.

“In my discussion with IPOB lawyers it emerged that the members were meeting peacefully and did not constitute any threat to public peace when some security agents infiltrated their meeting leading to the fracas.

“I condole with all those who lost their lives and ask the government of Enugu state to institute a commission of Inquiry to ascertain the truth around the incident that led to the death of unarmed civilians and security agents.

“Security agencies must continue to respect the fundamental right of peaceful assembly in a democracy and be guided by rules of engagement in dealing with unarmed civilians. Use of force in delicate situations is a byproduct of the militarization of our society and must be avoided.

“It is also important that the identities of those who killed the security agents and took their guns are ascertained to be sure that criminal elements did not cash in on the mayhem.

“I condemn the use of violence by any group whether security agents or private groups. I will continue to engage with all sides for a peaceful resolution of the conflict. I commend current efforts to de-escalate the tension. IPOB representatives assure me that they remain a non violent organization.”