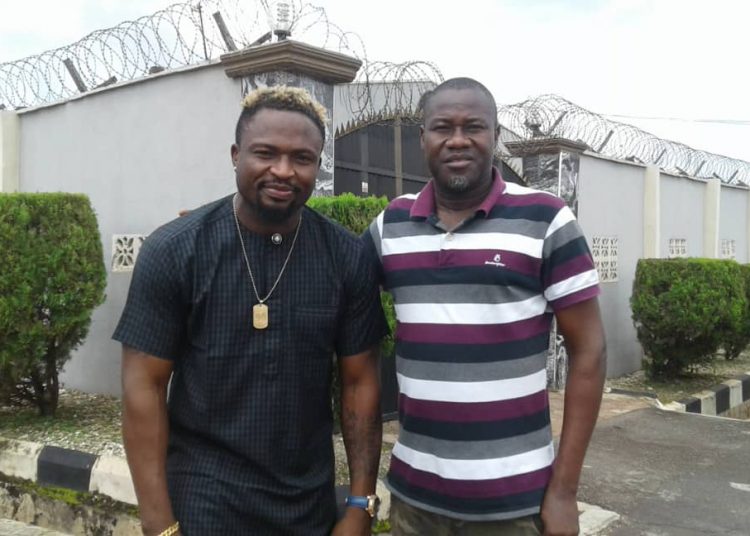 472
SHARES
6.2k
VIEWS
Share on FacebookShare on TwitterShare on WhatsApp

Ex-Golden Eaglets Star, Ganiyu Bolaji Oseni has revealed reasons his profile in the football industry has been on the rise since he ventured into football years back.

Oseni attributed his rising profile and success to hard work, determination, the grace of God and the support he has received from the Special Adviser to the Oyo State Governor on Culture and Tourism, Hon. Ademola Akeem Ige, which according to him, has contributed immensely to his success in football career.

He stated this during his visit to Hon. Ige’s residence at Olubadan Estate, Alakia, Ibadan on Sunday afternoon.

Oseni, who won the FIFA U17 World Cup with Nigeria and Korea 2007 hinted that if not because of the support Hon. Ige gave to promoting sports at the grassroot when he was a council Chairman towards discovering talents among the youths, somebody like him might not have had the opportunity to play at the national team not to talk of playing in European league.

According to him, “it is a thing of joy for me to play for Nigeria at the highest level, and to see my profile and career in football improving over the years. This it is a great privilege and grace of God Almighty that today I am an international footballer. I will forever be grateful to God and Hon. Ige whom God has used to achieve this feat.”

Oseni, who had represented Nigeria at U17 and U23 levels disclosed that he started playing football with boys club, state tournaments, amateur 3, amateur 2, premier team and then joined the national team.

He advised the youths who want to make a career in football to remain focused, hard work and be prayerful, stressing that the road may be tough in the beginning but they will surely make it once they are determined. He opined.