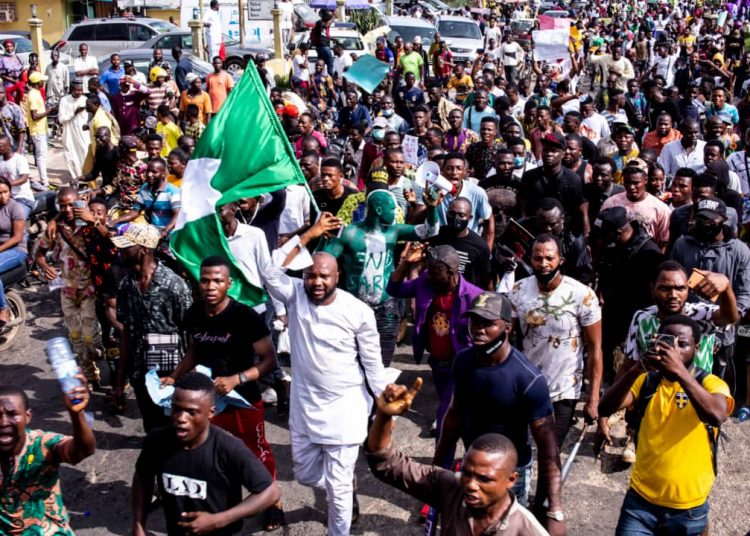 374
SHARES
10.9k
VIEWS
Share on FacebookShare on TwitterShare on WhatsApp

Oyo Youths campaigning against bad governance has suspended the ongoing protest to ensure proper coordination of the young people.

The group in a communique  signed by    the Convener Kunle Odujare expressed displeasure over the violence in Ojoo area of Ibadan and condemned the Lagos massacre which claimed lives and property.

The group sincerely sympathise with the families of those that lost their lives in Ojoo and prays that God will comfort their families. While praying for quick recovery for those hospitalised

Oyo youths are responsible and would ensure that protesters henceforth will be safe, as measures are being put in place to protest lives of Nigerians and prevent further breakdown of law and order.

According to them, youths in Oyo state which is the pacesetter state will ensure that the process of expressing their minds on the need for police reforms, bad governance, infrastructral development among others will be maturely and decently communicated without crisis or causing mayhem in the state.

The youths also emphasised that Nigerian youths will not be tired to continue the protest until a better Nigeria is achieved.

The group also advised those blocking the roads not to embark on such anymore but coordinatedly protest without making live miserable for the people.

They also revealed that henceforth, announcements will be made on location of protest in the state but has adopted Challenge, Iwo Road and Secretariat will remain the point for a peaceful protest, emphasising that in the meantime all Protest has been suspended to allow the youths restrategise.

They added that on no account will Ibadan protest will be violent, calling on other youths in the state to join the protest.

Ibadan youth protesters called on the media to continue to support the protest and give a voice to the protest, the group recognise the efficiency of the media and believe that the media will give the country an opportunity to be greater.

The group therefore calls on His Excellency, Engineer Seyi Makinde to immediately under 48 hour constitute a credible judicial panel of inquiry that will look into the issues of injustice holistically.