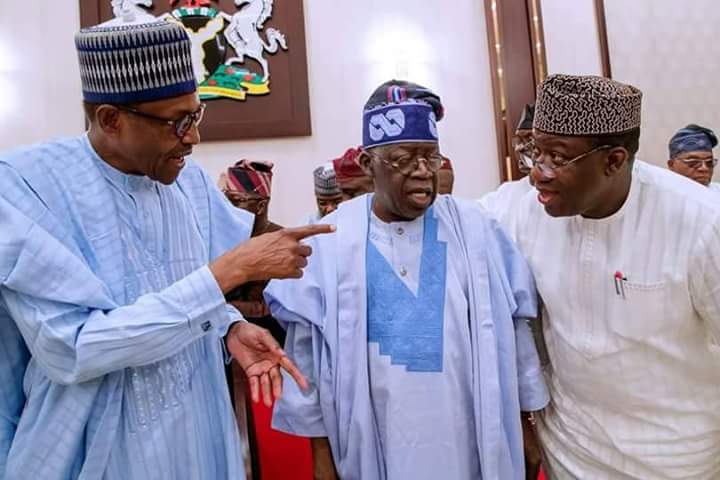 The Kolapo Olusola Campaign Organisation (KOCO), the campaign organization of the Ekiti State Deputy Governor and Peoples Democratic Party (PDP) governorship candidate, Prof Kolapo Olusola has described President hammadu Buhari’s statement that the All Progressives Congress (APC) must win the July 14 governorship election in Ekiti State as “wishful thinking”, saying; “Ekiti people will never allow their State to be added to the comity of States already infected with the plague of mis-governance by the President and his party.”

The PDP candidate said it was appalling that a President, who should be apologizing to Ekiti people and the entire Nigerians for plunging the country into economic and security crises was the one talking about returning Ekiti into the fold of progressive states.

In a statement issued on Thursday, KOCO Director of Media and Publicity, Lere Olayinka, said “President Muhammadu Buhari should perish the thought of his anointed candidate, Dr Kayode Fayemi, wining the July 14 election and face the reality of his failed Presidency with a view to making amends before he is sent back to Daura next year.”

Olayinka challenged President Buhari to tell Nigerians what he has done for the State in the last three and half years, saying; “Even in Isan Ekiti, Fayemi’s hometown, nothing has happened to the Clay Kaolin that is there in large quantity despite that their son is in charge of solid minerals.”

He said; “Funny that the President said Ekiti must return to the fold of progressive states. Is he talking about the same so-called progressives States that are sacking workers in their thousands? Or the APC States where herdsmen are killing people in gruesome manner on daily basis is what he wants Ekiti State to join?

“Truly, Ekiti people are well known for their forthrightness, candour and integrity. They will never subject themselves to the whim and caprices of a President who looked the other way when thousands of people were being killed by herdsmen in Benue, Taraba, Plateau and other States.

“Having returned to the number one position in education, Ekiti will never go back to that era that it was in 34th position. Teachers will never use their votes to return the State to that perilous time when their jobs were constantly threatened with Competency Test and Principals demoted and sent to classrooms as mere classroom teachers.

“Local Government workers in Ekiti State will not allow a return of Fayemi’s ‘Boko Haram’ that made their lives impossible for over three years.

“Most importantly, Ekiti will never return to that inglorious era of APC government of Fayemi when over N500 million was used to plant flowers that have remained invisible up till today and over N60 billion loan taken with nothing to show.

“Finally, with Governor Ayodele Fayose and the PDP, it is evidently clear that Ekiti is already moving steadily to its promised land, with unprecedented infrastructural development and will never return to the land of despair, bloodshed, hunger and hopelessness that President Buhari and his APC represent.