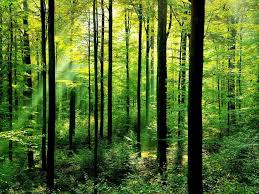 Ekiti State Government is set to embark on aggressive afforestation
across the state.

He stressed the need to quickly embrace aggressive forest regeneration
through planting of trees to prevent the reserves from going into
extinction.

According to him, government was targeting one million stands of
different species of trees to be erected in the  forest reserves
across the state.

The Commissioner disclosed that Thirty Thousand seeds of trees are
currently under nursery and would be distributed to the reserves as
soon as they are mature for planting to revive and strengthen forestry
management in the state
He also said that part of the seedlings would be distributed to Timber
Trade Association, Tree Growers Association, Schools and interested
individuals.

Speaking on the indiscriminate felling of trees, Agbeyo advised people
to desist from the act, stressing that they should inculcate the idea
of planting trees for replacement for future purpose.
He called on all stakeholders in the forestry management to support
government in the regeneration agenda to put the industry on the right
track so as to boost the economy of the state.