Ekiti APC Young Pioneers has bemoaned the indirect system of primaries being planned to be adopted by the Paul Omotosho-led newly inaugurated APC state executive.

In a release made available to newsmen in Ado Ekiti and signed by Mr Adebisi Adeyemi Aduloju the association said
‘ It will be recalled that the party was clear on her stance to adopt direct primaries in electing their officers or candidates into the national assemblies against the 2019 election.

However, it is so disheartening, undemocratic, disgusting and cheer assassination of right to political participation for the APC, Ekiti chapter to have chosen pretentious path to pervading the course of justice by bringing to the fore unconstitutional arrangement.”
According to Mr Aduloju

” The party chairman, Mr Paul Omotosho, today announced that the 2014 membership register will be used to consider eligibility. This simply means, only those whose names were found in the register are eligible to vote and be voted for. Not bearing in mind those members who joined after 2014 . ”

Mr Aduloju pointed out ‘ Honestly , this is a deliberate and calculated plan and act scheme out some bigwigs of the party who are more relevant and essential to the success of the election in the party ‘
He revealed that ‘ it is obvious that it is a deliberate move to favour some candidates, it is obvious that the master minders of this devilish move did not realize that it is a joke taken too far.’

.Mr Aduloju pointed out ” we garnered from Omotosho that it Otunba Niyi Adebayo who was behind this move having sent an SMS directing that 2014 party members registers should be the eligibility benchmark chiefly to favour Hon Michael Opeyemi Bamidele, Adebayo’s anointed candidate.’

He revealed that , this ungoldly move has forced Prince Dayo Adeyeye, a supposed automatic Senate candidate to represent Ekiti South, running from pillar to pole due to the eligibility yardstick in his disfavour,
The group is using this platform to appeal to the APC leadership in the state to disengage themselves from activities that could undermine the integrity of the party and also cause disharmony among party members. 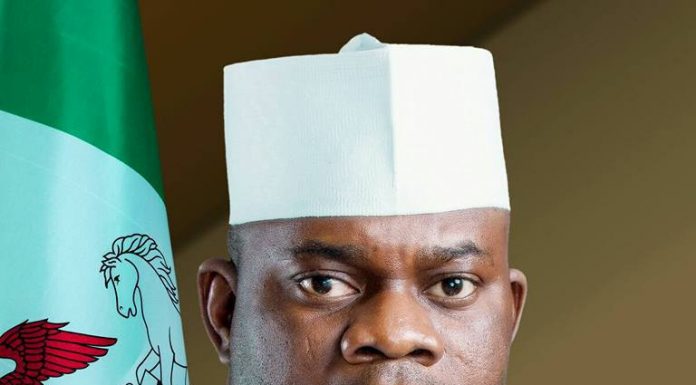 StreetScore scores a street view based on how safe it looks...