The All Progressives Congress, (APC) in Ekiti State has praised Governor Kayode Fayemi for continually demonstrating his love and passion for everyone in the state, notwithstanding their political leaning.

The Ekiti APC made specific reference to the governor’s magnanimity paying the salaries and allowances of political appointees who served in the immediate past administration of Ayodele Fayose.

It will be recalled that political appointees engaged by Mr. Ayo Fayose were denied their salaries and other entitlements for the better part of the tenure of his administration.

A statement in Ado Ekiti on Sunday by the state Director of Media and Publicity of the APC, Elder Sam Oluwalana, described Dr Fayemi’s gesture as a pointer to all-inclusive style of governance.

The publicity scribe said that the present APC-controlled administration in the state, as stated in its manifesto, is determined and committed to putting an end to poverty and political victimisation, which were the hallmark of the immediate past administration.

According to Oluwalana, regular payment of salary to public servants and reintroduction of monthly allowances for the aged are signposts of Fayemi’s welfarist approach to governance. “Soon all other segments of the populace will start to feel the impact of the gesture”, the statement said.

Oluwalana also pointed at the ongoing construction work on new Ado/Iyin road and the planned rehabilitation of Ado/Akure road with the support of Africa Development Bank, as well as the cargo airport, among others, as buffer to opening up the state and boosting commercial activities.

He was of the view that the era of wastage in government is gone for good in the state, stressing that; “with cordial relationship with the Federal government, the Ekiti State will enjoy more patronage and federal presence”. 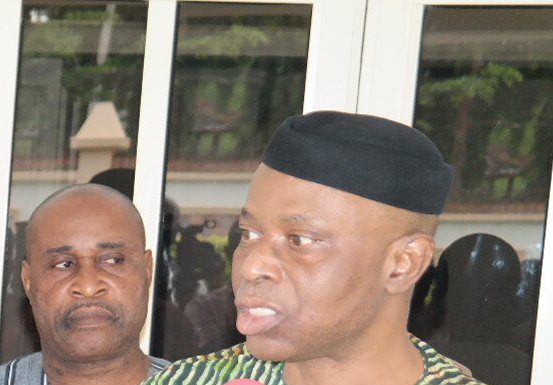