The Chairman of the All Progressives Congress (APC) in Ekiti State, Chief Olajide Awe, has expressed outrage over the story online purporting that he made denigrating comments on the visit of the General Overseer of the Redeemed Christian of God, Pastor Enoch Adeboye, during his weekend visit to Ekiti State.
Awe said he neither spoke with any reporter nor wrote press statement condemning the remarks by the reverred man of God when he visited Ekiti State.
In a statement in Ado-Ekiti signed by Publicity Secretary, Taiwo Olatunbosun, Awe said he was outraged by deliberate lie against him that has gone viral on social media, explaining that APC had a structured media strategy in expressing the party’s opinions on any issue.

He added that the party would never dabble into any controversial issue involving religious leaders, particularly on issues that involved the leader of the Redeemed Christian Church of God or any other respected religious leaders in the country, saying that this devilish act by Ekiti State Government’s media agents to play politics to mischievously dent the image of the man of God and blame it on an innocent man will not go without its spiritual consequences.
Explaining that this was not the first time that fictitious stories in the name of APC leaders would be put in the media space, Awe explained.
“On many occasions, stories allegedly written by APC either denigrating its own leaders or painting the party in bad light to turn Nigerians against it had been traced to a notorious liar that shares lack of integrity with his boss purporting that APC issued such press releases that never emanated from our party.
“Taiwo Olatunbosun is our party’s Publicity Secretary who always signs all the press releases by any official of our great party, but in this instance, the writer of the purported press release alleged that I wrote to condemn Pastor Adeboye for doing his reverred pastoral job in Ekiti State.
“In recent times, press releases either attacking APC leaders, President Muhammadu Buhari or his wife purporting to be written by APC had found their way to the social media.
“At a time, Fayose’s so-called media man, who has no certificate to back up his purported professional calling in journalism and who never worked in any media organisation all his life, once conducted an interview with himself with denigrating comments on Ekiti people as perpetually hungry people and ascribed the interview to Erelu Bisi Fayemi at the time the woman was far away from Nigeria for almost a month without any contact with Nigerian journalists.
“In each of the cases, Fayose’s media men, who neither have record of integrity nor professionalism, have been found to be behind these lies to set Nigerians against Ekiti APC leaders.
“Fayose and his media aide, Lere Olayinka, are known for guerilla journalism in its hit and run tactics, but Nigerians are no fools, as they understand their lack of depth and professionalism in the practice of journalism.
“We all know that Fayose has no respect for integrity, the same tradition inherent in his media aides’ conduct, but we counsel that Fayose should not drag Pastor Adeboye into Ekiti political ring, as the man cannot allow his integrity to be dragged into the mud where Fayose is king.”
Awe urged Nigerians to see the purported media statement by him as “another story from the propaganda machine of the colony of crooks who found their ways to the seat of power through criminal manipulation of electoral process to earn undeserved victory”. 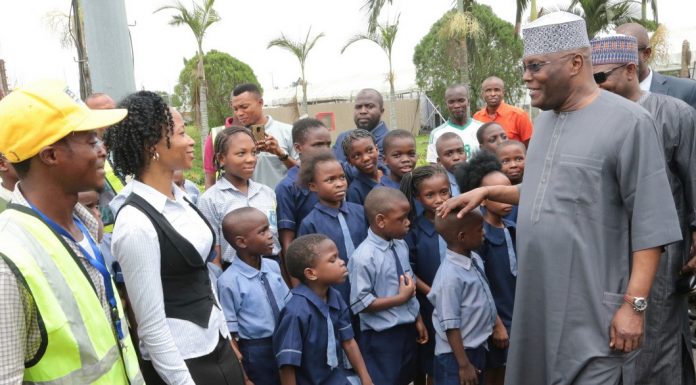 LAUTECH crisis:Frustration is forcing some students to attempt suicide- LMP