EID EL-KABIR: OONI CHARGES MUSLIMS, OTHERS TO CARE FOR THE LESS PRIVILEGED 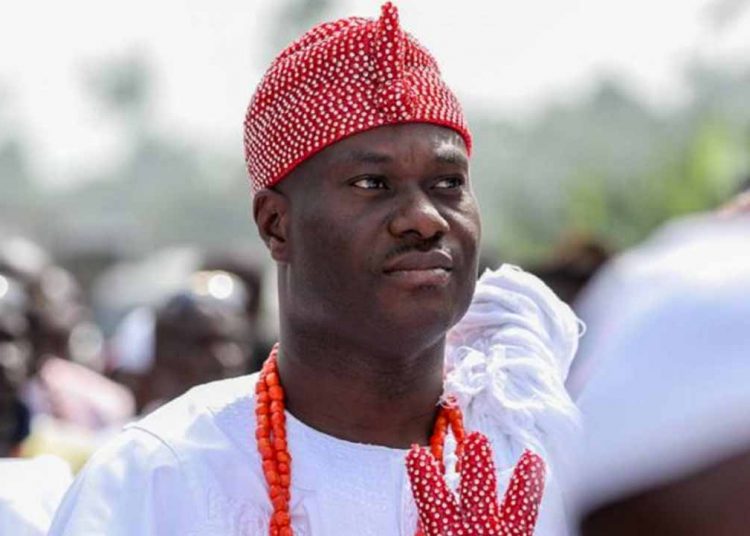 Ooni gave the charge when some Muslim faithfuls led by the Chief Imam of Ifeland, Alhaji AbdulHammed AbdulSemiu, paid him a courtesy visit at his Ile Oodua palace on Friday.

The Yoruba Paramount ruler used urged Muslims to emulate Prophet Mohammed in their dealings in society, while also calling on other Nigerians to maintain peace and harmony in the society.

He warned youths against hate speeches, saying they could disrupt the development of the nation, rather than make positive changes.
“Prophet Mohammed SWA led by example, he spent his life for the liberation of the people and he specifically catered for the less privilege”

“If truly you are followers of this great Prophet, you must emmulate him in all your dealings in the society” Ooni said.

He particularly admonished those in authority to always remember their followers and cater for them as doing this would lead the country to progress.

Earlier, the Chief Imam of Ife had advised Muslims to always fulfill their promises to God, children, friends and families, advising them to be totally loyal to Allah as a mark of true followership.

He also advised children to obey their parents so as to live fulfilled lives.
Signed;
Comrade Moses Olafare,
Director of Media and Public Affairs,
Ooni’s Palace.