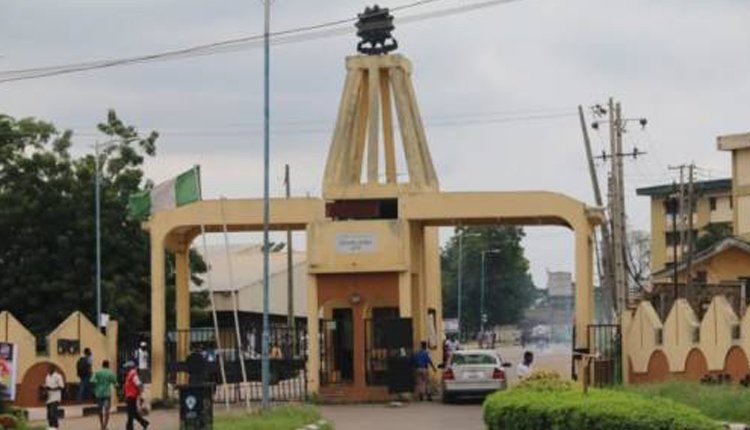 32
SHARES
3.8k
VIEWS
Share on FacebookShare on TwitterShare on WhatsApp

The termination of Appointment of Mr Kilani Ajadi a principal lecturer and former Chairman of The Academic Staff Union of Polytechnics, Nigeria the Polytechnic Ibadan is generating a kind of furore at the foremost institute

Majority of the staff who spoke under the condition of anonymity said the Board of Management should also look into series of allegations against other top management staff and principlal lecturers including the Registrar and the immediate past rector of the institute Professor Fawole.

Mr Ajadi Kelani untill his sack was a chief lecturer in the Department of Urban and Regional Planning in the institution.

The management alleged that Ajadi was shown the way out of the institution for his involvement in act of misconduct which resulted in “embarrassing and tarnishing the image” of The Polytechnic, Ibadan, his employer.

” The letter of termination dated 15 September, 2020 and signed by FAWALE M.T(Mrs) The Registrar reads:
You will recall that you were engaged in an inappropriate behavior and a
poorly managed relationship with your former student. These resulted in
embarrassing and tarnishing the image of your employer, The Polytechnic,
Ibadan(TPI).”

“You will also recall your responses and appearances before the Investigation Panel and Senior Staff Disciplinary Committee that looked into the above matters. After a careful consideration of the issues above, the Governing Council found you guilty as your actions and activities amount to misconduct.”

“The Governing Council therefore approved the immediate termination of
your appointment with effect from Friday, 11h September, 2020. You are to hand over all properties of the Institution in your possession to your Head of Department.”