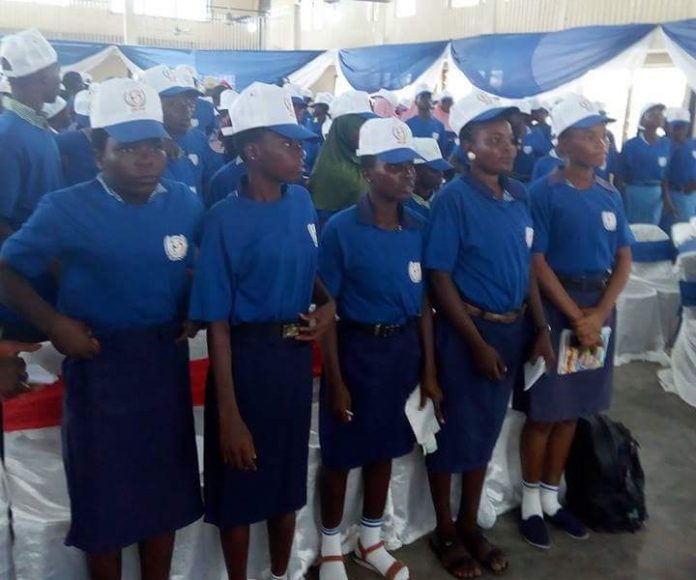 The cash awards was given to the students in Eruwa during the launching and inaugural lecture of DLDF.

“The four cardinal objective of the foundation included, giving assistance to the young people on their educational career, youth empowerment and social welfare as well as provide community development programmes,” he said.

Lawore called on youths who believed money was more essential than education to change such attitude, urging them to show more commitment to their studies.

He promised that the DLDF initiative would continue to be more committed to its objective of giving back to the society.

Oba Samuel Adegbola, Eleruwa of Eruwa, commended Lawore for the initiative, appealing to other sons and daughters to take a cue from Lawore’s initiative.

The monarch urged others to also embrace the art of providing assistance to the youth and less privileged in the Community.

Col. Abiola Olayiwola(rtd) in his lecture entitled ‘Youth and Social Vices: Causes, Consequences and Prevention’ appealed to the youths to avoid drug or substance abuse as well as risky sexual behaviour.

Olayiwola tasked them to remain focused and make right choices towards achieving their desired success in life.

Hon. Johnson Oladele, the Chairman on the occasion, advised the youth to shun all forms of social vices that could truncate their dreams in life, stressing that they should put their trust in God.

Olagoke, a student of Baptist Model High School Eruwa, described the incentive as one which would further motivate him to show more commitment to his studies.

The programme was well attended by notable sons and daughters among whom were, Chief Joseph Peluola, the Chairman, Eruwa Council of Elders, Deaconess Esther Obabiyi and hosts of others.

EU official state reasons why U.S. may not completely withdraw from Paris climate accord

Inside Igbo Olodumare : A Forest where  “Snail is Bigger Than...