Days  After Suspension of #EndSARS Protest, Police,Customs FRSC Others Yet to Return to Duty Post, Commence Patrol 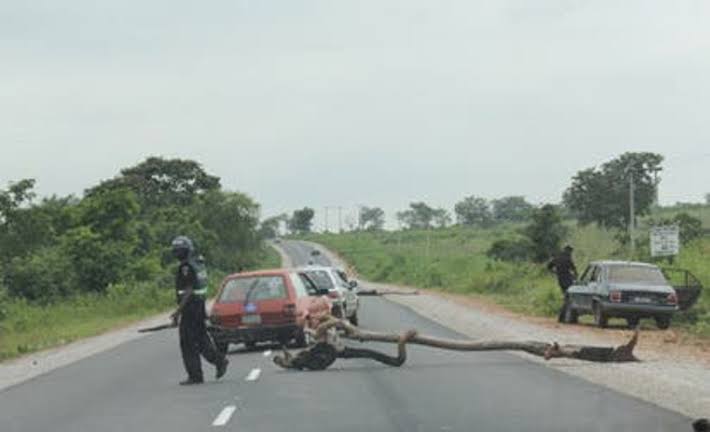 466
SHARES
5.9k
VIEWS
Share on FacebookShare on TwitterShare on WhatsApp

Roads in Oyo state are free and commutters are worried about the risk of driving on roads without security officers of Nigerian Police Force and other sister agencies like FRS , Customs, NDLEA, and Immigrations on the roads in Oyo state

Just last week a caretaker council chairman and his driver were kidnapped in Oke Ogun while coming down to Ibadan, similarly there have been several report of attack and robbery on the roads since the begining of the protest.

From Oyo to Ibadan there are about 3 police check points, 2 Road safety spot and one NDLEA stop and search point but ever since the protest and which led to attack on police station, gruesome murder of officers and others, the officers are yet to return to work.

It was gathered that most of those who go to their stations don’t normally wear uniforms untill they get to office because of fear of being lynched or attack by hoodlums whom they believe are still angry and may want to revenge the brutality meted out to civilians by the officers.

Although everywhere is calm now but they are still afraid , a police officer who dont want his name in print told our reporter that ” We are members of the public too, we deserve the right to live , we are not animals not all of us are wicked only few can’t control themselves but those hoodlums don’t care they want to deal with anybody in polclice uniform, only soldiers and civil defence are free fot now.

It would be recall that 6 police officers and 5 divisional police stations were burnt in oyo state during the #endsars protest.