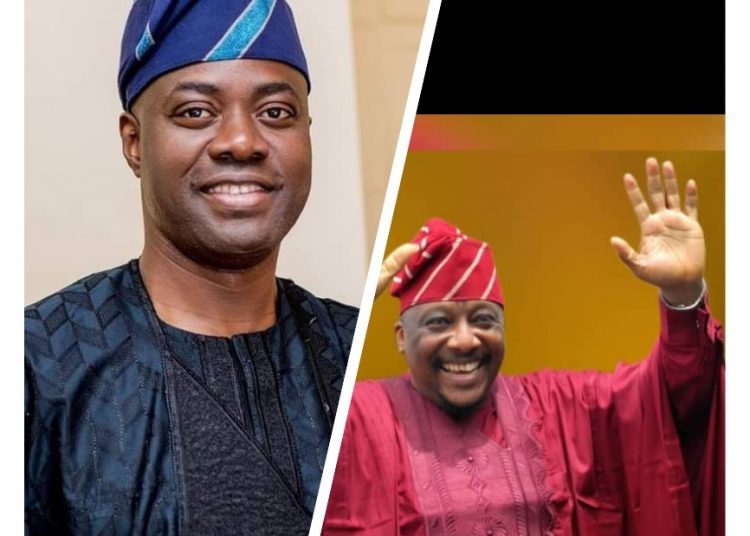 627
SHARES
2.6k
VIEWS
Share on FacebookShare on TwitterShare on WhatsApp

Director of DAAF, Comrade Adeniran Adepoju in a statement made available to Newsmen in Ibadan described Governor Seyi Makinde as a driver who has been steering the vehicle of Oyo State safely and heading in the right direction. The evidence of this is in all the people-oriented programs and projects embarked upon by the government, which spreads across all the local government councils and geopolitical zones in the state.

Comrade Adepoju also commended the Governor’s giant strides in the development of infrastructure in all local governments, saying the governor has achieved a lot since he assumed office. Furthermore, he said that the government’s release of funds to the local government has helped usher the dividends of democracy to the grassroots.

The spokesman for DAAF maintained that the current administration had achieved a lot in all sectors, and it is a government that is sensitive to the ordeals of the masses.

Comrade Adeniran Adepoju also thanked Dr. Adebayo Adepoju for establishing DAAF. The foundation has helped many people in the Ibarapa Central and North federal constituency positively. He said, “many people have benefited from this foundation and the philanthropy of the founder.” We are indeed grateful to Dr. Adebayo Adepoju for always being there for us. He is a mentor and role model that should be emulated by all and sundry.

Dr. Adebayo Adepoju is the current chairman of the Water Corporation of Oyo State. He has been working tirelessly to ensure that citizens of the state have access to good potable water. The corporation is undoubtedly heading in the right direction under his leadership.

Dr. Adebayo Adepoju has also focused his attention on education, lifting people out of poverty through vocational training, and empowering the people with start-up capital to boost employment opportunities and enhance business development. Dr. Adebayo Adepoju has always been a pillar of support to the masses, and We are proud to associate ourselves with him.

I can tell you that Dr. Adebayo Adepoju is a trusted leader and a man of the people. We appreciate the well-deserved appointment as Chairman, Water Corporation of Oyo state by His Excellency, Engr. Oluwaseyi Makinde.

We are assuring the PDP-led government in the state of our unalloyed support and unfiltered loyalty.