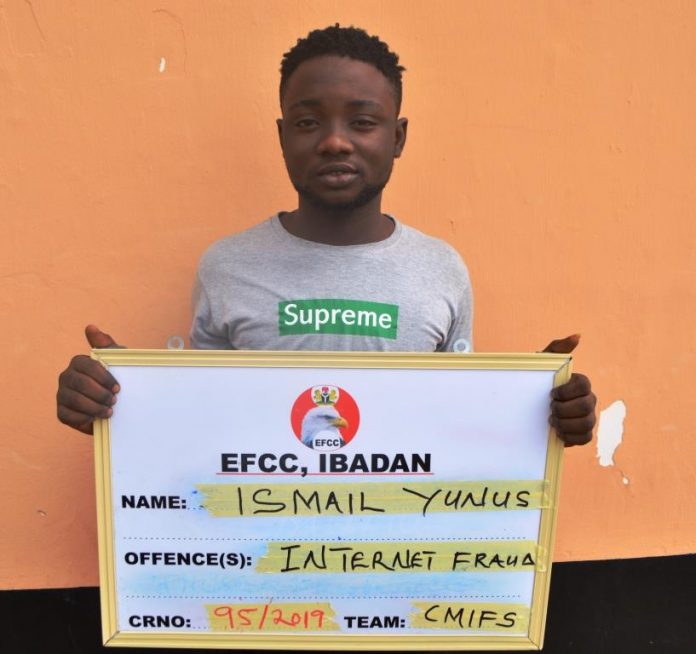 Ismail was arraigned by the Ibadan zonal office of the Economic and Financial Crimes Commission (EFCC) on a five-count charge bordering on advance free fraud, obtaining money by false pretense and sending pornographic images, among others.

The accused had earlier been brought before the court on March 18, 2019, but the commission could not arraign him because he (Ismail) had no legal representation.
Also, his hope for a bail was dashed on Monday as the presiding judge refused an oral bail application brought on his behalf by his lawyer, Okunyemi Tajudeen.
According to the charge sheet, Ismail defrauded two American citizens, Steve Harvey and David Beeck, at different times, as he posed to be whom he was not to disposes them of their money.

One of the counts reads:” That you Ismail Yunus sometimes in 2018, at Oyo town, Oyo state, within the jurisdiction of this Honorable Court with intent to defraud, obtain the sum of $70 USD (Seventy United State of America Dollars) from Steve Harvey, a United State of American Citizen when you falsely represented that you a woman (knox Ruby from Dayton Ohio, United State of America), which representation you knew to be false and thereby committed an offense contrary to section 1(1)(a) and punishable under Section 1 (3) of the Advance Fee Fraud and other Fraud Related Offenses Act 2006.

He pleaded not guilty to the offenses.
Consequent upon his ‘not guilty’ plea, the prosecution counsel, Shamsudden Bahir, prayed the court for a trial date and an order to remand him in prison custody pending the determination of his case.

The matter has been adjourned to 14 May 2019 for trail, while the defendant was to be remanded in the Agodi prison custody. 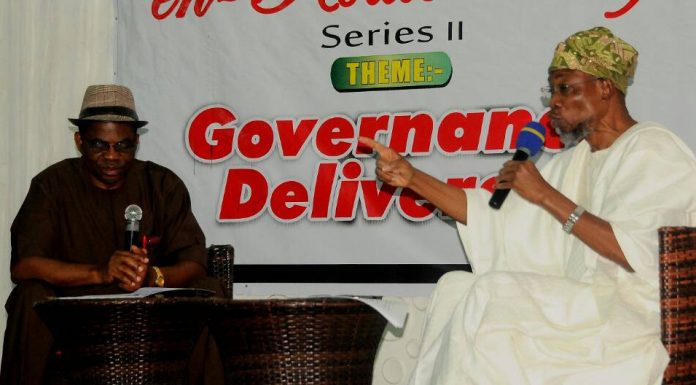 I don’t have any failed project, Aregbesola replies critics

We ‘ll take APC up on issues- Diran Odeyemi