The acting Chairman of the Economic and Financial Crimes Commission, EFCC, Ibrahim Magu, has advised the youth to desist from crime, warning that it only ruins people’s lives.

Magu gave the warning in Ibadan on Thursday, August 29, 2019, through the Zonal Head of the Commission’s Ibadan office, Friday Ebelo, who featured on a phone-in programme of Petals 102.3 FM.

The last edition examined the menace of cybercrime and its consequences on the victims and perpetrators.

While admonishing the youth to never envy the extravagant lifestyle of crime perpetrators, the anti-graft czar declared that the unsustainable lifestyles often end in regrets.

He said the Commission will remain steadfast in its efforts to reduce crime to the most bearable level in the country.

Magu, who categorised cybercrime as any form of illegal act perpetrated by using the internet and other electronic means to obtain money from unsuspecting victim, said record has shown that ladies and old people are most vulnerable.

He advised youths to focus on self-development for the betterment of the society and the nation at large.

“It is better to start humble and grow steadily than spend time in jail. Be contented, work hard and you will definitely get to the top,” he admonished. 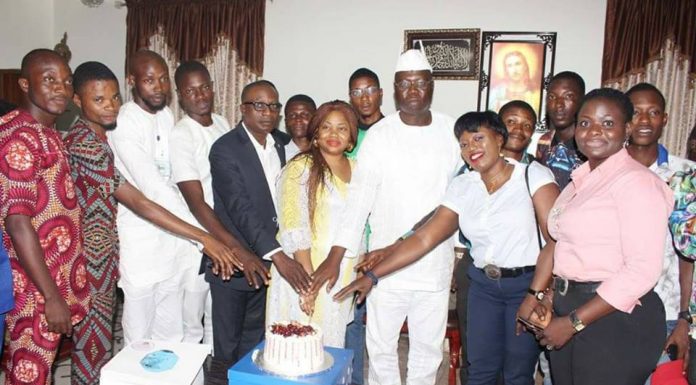 Ajimobi’s Death : A Legend Is Born With The Death Of...