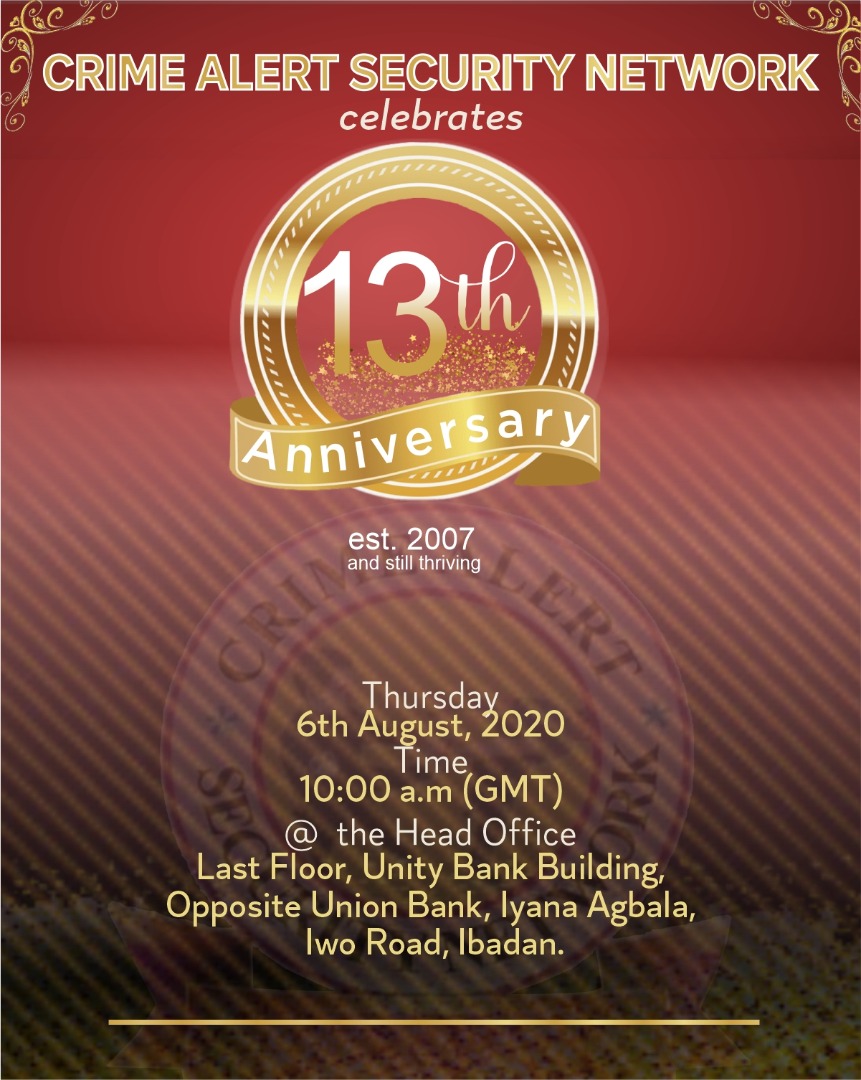 58
SHARES
725
VIEWS
Share on FacebookShare on TwitterShare on WhatsApp

The Crime Alert Security Network has revealed the days in which their shareholders would have the payment of their dividends.

The Image Maker of the organisation, Jumoke Akinwale disclosed this in a phone chat with Publisher/CEO, of naijatodaynews.com, Adetunji Fabode.

According to Akinwale, “we are currently paying the last batch for 12th March, that is those that received their last payment on 12th March, and those that invested on 13th March; and during the lockdown, we actually have some clients that came to the office to invest on the 27th of April, so we actually merged the three dates together”.

“That is those that received their last payment on 12th March, those that did their new investment on 13th March and those that invested during the lockdown (27th of April)”.

” We actually started the payment last week which happens to commence of Monday (last week Monday); we ought to have finished it on Friday, but due to the break that we had on Thursday and Friday, it was affected, so the last set of batch will be paid today which is Tuesday, and then we’ll proceed to those that received their last payment on 13th March”.

” Those that did their new investment on 16th March, and those that invested during the lockdown which is 28th of April; so that’s what we are commencing on Wednesday possibly, so we are going to start paying them on Wednesday or latest by Thursday. So, that’s what it means for those people who received their payment now”.

“So, the way we do it in our organization is that; for example now, maybe I was paid on 12th March, that is the last payment I received happens to fall on 12th March, another 30 working days counting begins the second day, which will be 13th March”.

” That’s the reason those who invested on 13th March and those who received their last payment on 12th March were actually paid together”.

” So, that’s the reason they were merged together, you see the rows(12th March for last payment, 13th March for new investment and 27th April for those that invested during the lockdown). So, thank you very much sir”, Akintunde concluded

Chinese Loans: Nigeria Is Not In Danger of Loss Of Sovereignty – Eze