A Federal High Court sitting in Ibadan has ordered that a former Minister of Federal Capital Territory (FCT), Oloye Jumoke Akinjide and another chieftain of the People’s Democratic Party (PDP) in Oyo state, Chief Olanrewaju Otiti be remanded in the custody of the Economic and Financial Crimes Commission (EFCC) over the N650 million fraud allegedly collected to fund the 2015 election in the state.

The court also ordered the anti-graft body to produce unfailingly the second defendant in the case, Senator Ayoade Adeseun who has failed to appear in court to face trial over the alleged fraud.

At Thursday’s hearing , counsel to the first and second defendants,  Oloye Jumoke Akinjide  and Senator Ayoade Adeseun ( at large)  , Chief Bolaji Ayorinde SAN  and Chief Michael Lana announced their withdrawal from the case amidst heated argument over a ruling by the presiding Judge , Justice Joyce Abdul-Malik .

In charge no FHC/IB/26c/2017, the defendants were accused to have conspired to take possession of N650millon unlawfully and committed an offence contrary to Section 18 (a) of the money laundry Act, 2012 and punishable under Section 15 (3) & 4 of the Act.

Some of the count charge reads in part ” That you Mrs Diezani Alison – Madueke ( still at large) , Oloye Jumoke Akinjide , Senator AYO Ademola Adeseun and Chief Olanrewaju Otiti on or about the 26th day of March , 2015 , in Nigeria within the jurisdiction of this honourable court conspired amongst yourselves to directly take possession of the N650million which sum you reasonably ought to have known forms part of the proceeds of an unlawful act and you thereby committed an offence contrary to Section (18) of the Money Laundering Act , 2012 and punishable under Section 15(3) & 4 of the same Act.

The counsel to the first defendant ( Oloye Jumoke Akinjide) , Chief Bolaji Ayorinde SAN in his submission urged the court to refuse an alleged defective  prosecution applications dated 9 March , 2017 and 20 March , 2017 for not having the seal of the Nigerian Bar Association ( NBA) .

He said it was improper for prosecution counsel, Mr Rotimi Oyedepo, to seek to substitute a charge without an order or permission of the court.

He challenged the EFCC counsel for seeking to replace the originating charge  with another charge sheet dated 20 March , contending that the charge sheet to be amended is defective.

Also, Chief Michael Lana, counsel to second defendant, Senator Ayo Adeseun, while supporting the position of Chief Ayorinde SAN submitted that once there is no seal in a charge sheet, it is deemed not to have been filed. 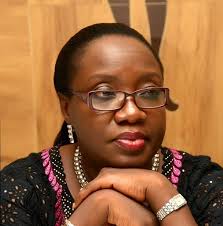 I Will Serve Diligently- Seyi Makinde