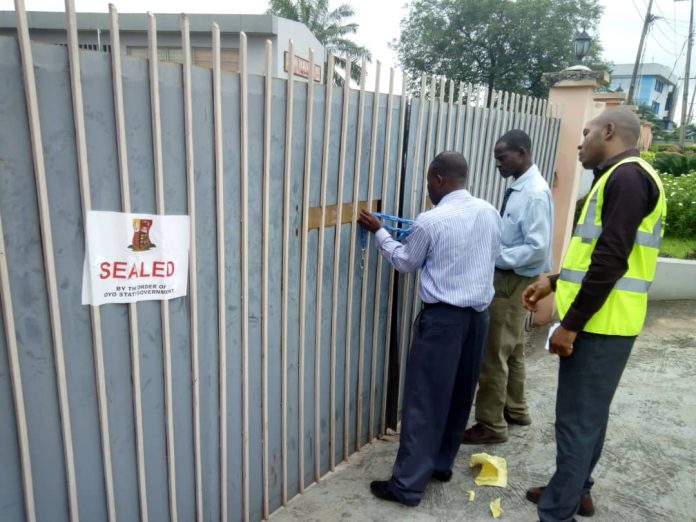 The Oyo State government has denied the insinuations that it sealed up Obasanjo farms and over 40 other business firms in the state for political reasons.

Rather, the government said, the seal off of the business premises was as a result of the failure of the affected firms and business interests to comply with tax laws of the state after every known effort to compel the defaulting companies to comply failed.

The Chairman, Oyo State Board of Internal Revenue (OYBIR), Mr Bicci Alli made the disclosure during the OYBIR sensitization and enlightenment meeting with the members of the Organised Private Sectors and Chambers of Commerce under the aegis of Manufacturers Association of Nigeria (MAN), Oyo State Chapter, at MAN House, Jericho Road, Ibadan

The meeting which was attended by representatives of manufacturing companies and business organisations operating in the state saw the OPS expressing the willingness to collaborate with the government to ensure tax compliance in the interest of both the companies and the government.

Alli, whose office coordinated the Inter-ministerial joint tax force team that is enforcing tax compliance, said the government is never political in its enforcement exercise but more concerned about instituting a culture of voluntary tax compliance among all individuals and corporate residents in the state.

While vowing that the exercise would be continuous, Alli stressed that the Board will not relent in its effort until all monies due to the government are paid promptly.

He assured business owners that the government is not interested in disrupting business but doing the needful to ensure a conducive environment for business prosperity, adding that only a mutually beneficial relationship between the government and the business sector can help both parties.

Alli said, “I must state that government does not have any interest in disturbing business interest of the private sector because we believe strongly that the Organised Private Sector contributes tremendously to the state economy as we will also acknowledge the fact that the government is doing well in making the environment very conducive for businesses to operate.

“However, we need you (OPS) as you need us (government). We will not want to embark on enforcement unless it is absolutely necessary.

“Our process and procedures are not driven by political considerations. OYBIR work for the state government and our intention is to rake in revenue after following due process. We did some enforcement and unfortunately, people are trying to read some political meanings to the exercise. We never shut down any business firm politics.

“Our system is not political. We did our job basically on what the firms were supposed to pay and where they don’t pay, we do the needful by enforcing. People should not read political colourations to our efforts.

“And everybody should be able to separate statutory duties and functions from politics. Payment of taxes is statutory. It is law. It is the moral duty and civil responsibilities of everybody. So, there is no relationship between tax payment and politics as far as we are concerned and we will do the needful and whoever is involved, we will make sure that they pay.”

Earlier in his remarks, the Chapter chairman, Mr Kola Akosile commended the efforts of the board noting that a forum where members of the OPS and government agency would interact and consider intended policies before they are introduced would soon be launched in the state.

Akosile said, “The Organised Private sector under the Manufacturers Association of Nigeria and chamber of commerce has had a peaceful deliberation with the Oyo State Board of Internal Revenue led by its chairman, Mr Bicci Alli and its staff.

“It was very interactive and useful and we believe it is going to result in high level of compliance from the private sector, build a cordial relationship with the government and create a conducive environment to do our business. We hope we will have this forum continuously.

“We are going to have what we called the Private Sector Legislative Forum soon so that we can engage the government before some of these decisions are out. So we believe this is just the beginning of a good relationship with the government.” 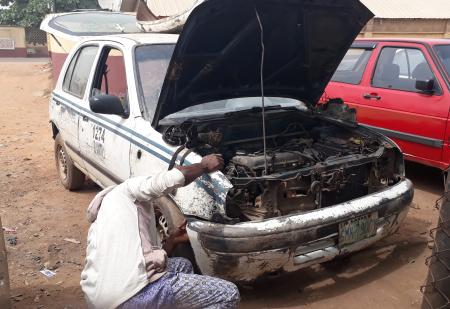