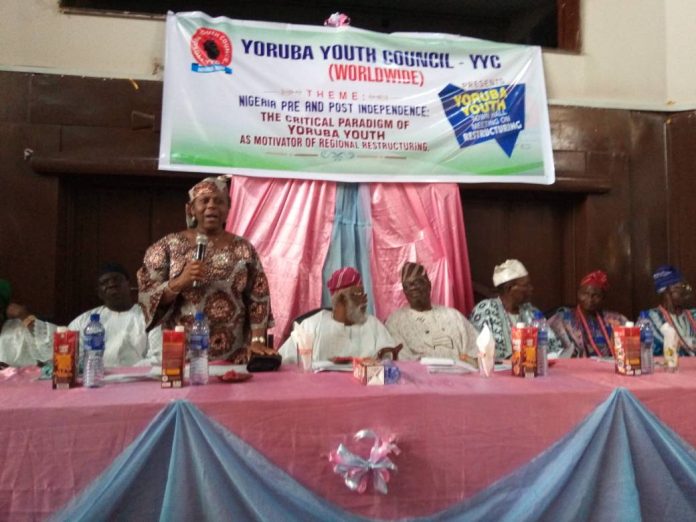 Dr (Mrs) Olatokunbo Awolowo-Dosunmu , former Ambassador to the Netherlands  on Tuesday in Ibadan said the  clamour for restructuring was neither tribalistic nor divisive,  but a development that will benefit  every part of the country

Dosunmu  while speaking to newsmen on the sideline of a Town Hall Meeting organised by the Yoruba Youth Council (YYC) Worldwide at the House of Chiefs, Ibadan said It is for the benefit of the whole nation and once that is done in a multi-ethnic country, then the tension goes down and we can deal with one another in a civil manner.

“The size of Nigeria will work for us because trading between ourselves and all the rest of the country will benefit every part of Nigeria.

“It’s been done before and that was when we recorded the greatest stride in devolpment. You know sometimes we need to go back to the ancient landmarks in order to move forward,” the Nigerian Tribune publisher said. She stated that people like late Chief Obafemi Awolowo were able achieve tremendously because the constitution empowered them.

Dosumu who is the , Co-Chairman, African Newspapers of Nigeria Plc (ANN), said that every part of the country had resources to develop itself, adding that the people have stopped working, thinking and being creative about the business of development. Shensaid:“ On behalf of our generation, I am apologising for the young Nigerians for us not been able to bequeath to them part of what we benefitted while we were growing up. “It is now up to them to change if they have to realise that.

It is also up to them to change things. They need to have the vision and develop the courage to tell the world what their vision is for a better Nigeria. “And to work for a better Nigeria, there are no short cuts, they have to work for it. They also have to rise up and say what they want and how they want to make it better.’’ Mr Opeyemi Agbaje, the Guest Lecturer, said that the nation needed restructuring, federalism and regional autonomy to attain greater success like it was experienced in the 50s.

Agbaje, said that the Yoruba youth must rise up to the challenges of building a greater Yoruba nation. “We have to reclaim the heritage of federalism, devolution of powers, state police, weak centre and resource control. “Federalism is not a mistake but a conscious choice. Nigeria’s Independence and unity could not have been possible if not under federalism,’’ he said.

Earlier, Mr Eric Oluwole, the YYC president, in his address, said the nation was in dire need of restructuring, adding that Nigeria could no longer pretend to be on top of the situation. Oluwole said that only a sincere restructuring could guarantee a Yoruba nation of their dream and by extension give other federating units clear sense of direction. Prof. Adeyemi Aderibigbe, the Chairman of the occasion, urged youths to be truthful, sincere and more focused in their campaign for a better society.

The event was attended by prominent traditional rulers, academics and hosts of youths from across the country. 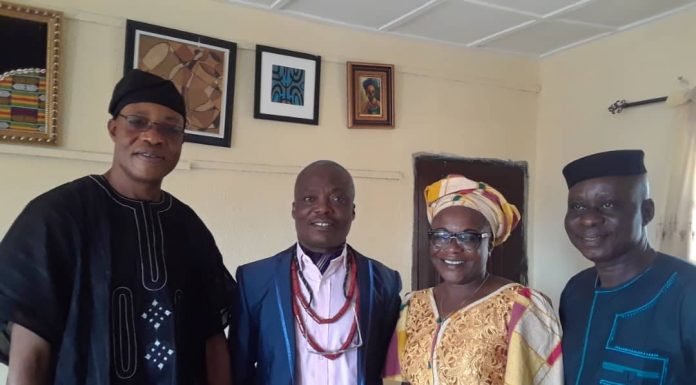