Special Adviser to president Mohammadu Buhari  on media and publicity  Alhaji Garba Sheu has asked Nigerians to be ready to see President Muhammadu Buhari return from his medical vacation in London to the country anytime soon.

Mr. Shehu in  an interview with Channels Television in Abuja on Tuesday  said the president was no longer “enjoying his stay’’ outside the country.

“As a matter of fact, we should be getting ready to see the president flesh and blood and that will be as soon as possible.

“The president (himself) is looking forward to being home to be with his people.

“I don’t think he is enjoying any longer an extended vacation outside the country,’’ Mr. Shehu said.

Commenting on the president’s telephone conversation with U.S. President Donald Trump, the spokesman said it was “undiplomatic’’ for anyone to demand the release of the audio recording of the conversation.

According to him, releasing an audio containing the telephone conversation between two presidents is highly unethical and against modern civilisation.

“No, I don’t think so; I don’t think it is permitted in international diplomacy. I think if we had recorded Mr. Trump in this conversation it would have offended our diplomatic relations.

“I think the Americans themselves would not have recorded this conversation of president to president,’’ he said.

Mr. Shehu said there was not enough time for the two presidents to discuss other continental and international issues.

He, however, expressed optimism that the conversation would boost bilateral relations between Nigeria and the U.S.

“Well, there wasn’t enough time to talk about everything. I think the point at what will follow is in the invitation that President Trump has extended to our president (Buhari) to come over.

ALSO READ  2019 Presidency : Who does the cap fit in PDP. By Bidemi Adeniyi

“That is the kind of opportunity that was presented to Nigeria to put all the issues on the desk.

“As for their immigration policy, I think our president has been clear about one thing – the choices made by the Americans as to who to lead them, in this case, Mr Trump, is entirely their own choice.

“We have no business interfering with their domestic affairs.

“As to the countries that have been barred, it has been clearly specified and Nigeria did not feature in the list,’’ he added.

Mr. Buhari proceeded on medical vacation on January 19 and wrote to the Senate that Vice-president Yemi Osinbajo would act in his absence.

His absence which has stretched beyond the initial 10-day request has generated speculations about his health condition.

On Monday, Mr. Buhari spoke with Mr. Trump by telephone at the request of the American president.

The president’s Special Adviser on Media and Publicity, Femi Adesina, said in a statement that the two leaders discussed ways to improve cooperation in the fight against terrorism.

He said Mr. Trump assured Mr. Buhari of the U.S Government’s readiness to enter a new deal in helping Nigeria in the supply of weapons to combat terrorism.

On the president’s medical test results being expected from doctors, Mr. Shehu said he had no information on whether the president had collected the results or not.

“No, we have no information on that (test results). If he had received them, he would have been on the plane back home.’’ 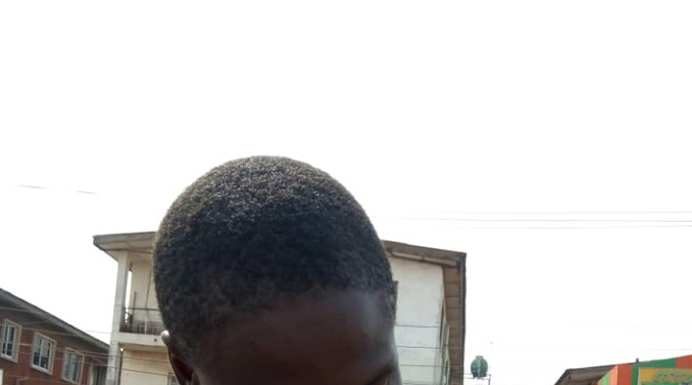 Re- How Fatai Buhari Decieved Us, Used Iseyin – Oyo Abandoned Road to Get...