BBNaija2019: The Three Months of Frivolity is Back! 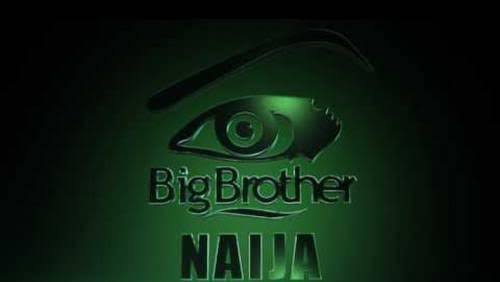 Nigeria, A country known to be in the sub-sahara part of Africa, blessed with folds of qualities and resources that ought to make the country ranked as a world class has the lacuna of which it’s citizens and political leaders dedicate time, effort and resources for irrelevances and things that doesn’t worth to be significant in the community of intellectuals.

One of the major concern of this writer is the return of the social trending three months reality show which have been staged earlier in 2018 in South Africa tagged “Big Brother Naija” which can be qualified with no other word than waste of time, resources, funds and a gathering of frivolities and irrelevances.

The debut appearance of this set of scenes episodic show which featured what i regard as “imprisoned” tens of Nigerian youths have visualize the nonsensical habits in Nigeria citizens and leader which amount to the main reason the country is still where it is since we’ve been giving the baton to rule our country ourselves.

Majority of Nigeria citizens and assumed politicians stayed back at home, to watch the show 24 hours a day, 7 days a week for the period of good three months to see the continuous adventure of something that doesn’t speaks or smells sense. The availability of social media which is ought to be used by Nigerians as an agent and avenue for them to clamour and express their needs and wants to the government was instead flooded with various hash tags and tweets on Facebook and twitter analysing all activities going on in the “house”.

Youth who are suppose to focus on the way of revolutioning the country did nothing but stayed all day watching the next activity to pop out from the show that arguably doesn’t give any positive impact to their lives, to the fact that working flow capacity reduced drastically during this period.

When the controversial show finally ended, the winner of the show “Miracle igbokwe”, a warri youth in his late 20s won the price of 40 million as promised and the social media was not allowed to rest with the publishing of money flaunting, partying, obsene and nudity visuals which are not suppose to be seen in a sane environment or country.

As if the mess tainted on the face of Nigeria by nigerians was not enough, the most painful part of this case is the intervention of a state government who gave the winner of the ‘waste’ a whooping sum of 2 million naira, plot of land in any location of his choice, promised to help him established a pilot school and named him an EDUCATIONAL AMBASSADOR in Imo state.

Educational Ambassador? In what way has this show contributed to the educational sector in the state or country at large? This are questions I’ve not been able to derive answers for since this same state produces hundreds if not thousands of academia and first class graduates from government owned and contolled Universities, and Polytechnic every year with the government creating no special plan for their employment, empowerment or commendation in the various sectors they studied about.

ALSO READ  NUJ Zone B felicitates with Christians at Easter

It is only in Nigeria a governor of a state will grant an educational ambassador to nonsense when qualified and brilliant first class graduates are still roaming around the street collecting daily stipends from their old parents.

It is only in Nigeria a government will divert money to irrelevances when her statistics have higher number of indigent and poor children who find it difficult to take a meal a day and die of hunger, and the rich are getting richer day by day.

It is only in Nigeria, talented youths with entrepreneural mindset in technological inventions, entertainment industries, and others get no attention talkless of empowerment from the government.

A country where government labourers and civil servants cries and beg before their salaries are being paid and increased when senators enjoy the payment of over 15 million naira and other allowances working under fully air – conditioned and stress free offices and luxurious cars.

A country where pensioners lobby in offices of political post holders to beg for their monthly stipends to survive when the politicians use the metaphorical symbolizing of animals to cart away billions from offices in the blink of an eye.

The same South Africa who has since years ago raise xenophobic attack on Nigerians who live in the country have turn our country to their major pot of sourcing income through the establishment of various industries which includes MTN, Shoprite, GoTV, DSTV, Big Brother and yet our citizens opt to raise no objection about it but follows and patronizes their decision unreasonably like “Zombies” as describes by the late Afropop Musician, Fela Anikulapo Kuti.

The show is back again in 2019, another one will come if the governments continue to motivate and empower illegalities and irreleavances in the country.

It is hightime Nigeria citizens and government needed to face the reality show of taking Nigeria to where it ought to be rather than the stagnant position it is.

It is time to prove our value as “giant of Africa” before another country take over this strides.