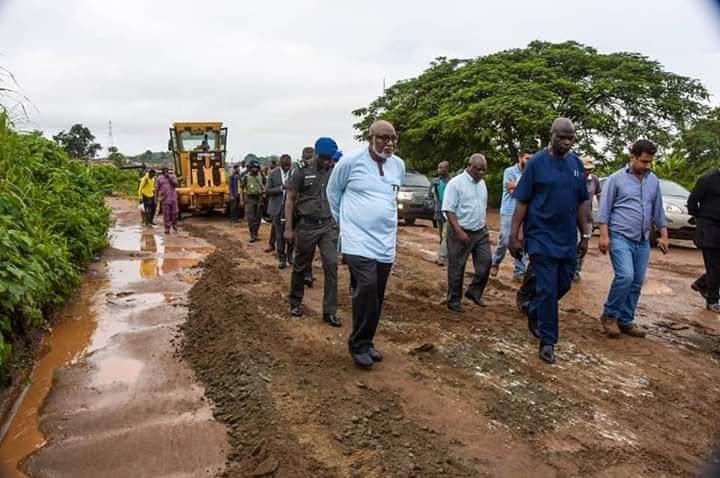 This is part of the measure to put an end to criminal activities ans insecuroty along that axis
.

Governor Akeredolu who visited the road on Thursday evening said the intervention became neccessary due to the hues and cries the bad state of the road has generated.

The Governor said the joint intervention involves a remedial work on the road to make it passable for commuters and travellers.

He stressed that himself and Governor Fayemi has mounted more than enough pressure on the Federal Government to reconstruct the road.

According to the Governor, the pressure mounted on the Federal Government led to the redesigning of the road’s plan to a dual carriage road.

He stated that they become very worried that the construction of the road by the Federal Government was taking with its attendant deteriorating effects.

Governor Akeredolu explained that himself and Governor Fayemi have approached the Africa Development Bank (AfDB) to get loan for the construction of the road while the Federal Government would reimburse the two states later.

Akeredolu said : “We have heard the hues and cries of the people on this road. What we are trying to do now is to get some remedial work done on the road till we begin the construction

“The governor of Ekiti State and I have mounted more than enough pressure for the Federal Government to do this road. We have mount enough pressure and that has led to the redesigning of the road and the only thing left is the construction to start. But it’s taking too long

“So, we have approached the ADB to give us loan. The two states will get the loan and reconstruct the road and get reimbursement later

BBNaija2019: The Three Months of Frivolity is Back!