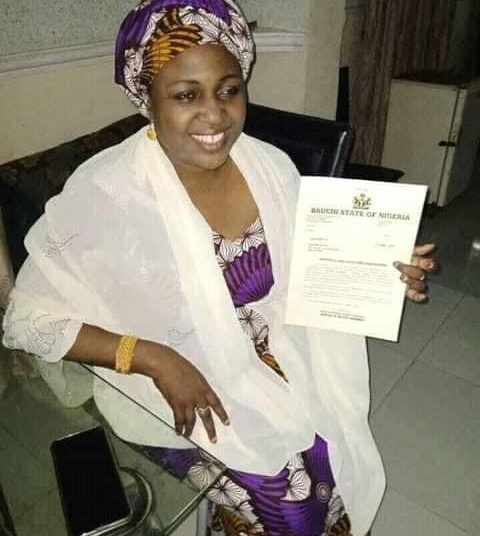 67
SHARES
1.5k
VIEWS
Share on FacebookShare on TwitterShare on WhatsApp 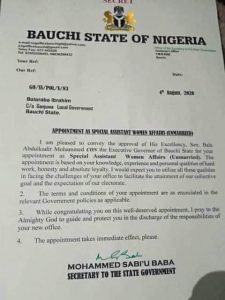 Bauchi State Governor, Bala Abdulkadir Mohammed, has appointed Balaraba Ibrahim as his Special Assistant on Women Affairs (Unmarried). This was revealed in a letter made available to newsmen by the Secretary to the State Government, Mohammed Sabi’u Baba dated August 4, 2020.

The letter reads, “I am pleased to convey the approval of His Excellency, Senator Bala Abdulkadir Mohammed CON, the Executive Governor of Bauchi State, for your appointment as Special Assistant Woman Affairs (Unmarried).

The appointment is based on your knowledge, experience and personal qualities of handwork, honesty and absolute loyalty. “I would expect you utilize all these qualities in facing the challenges of your office to facilitate the attainment of our collective goal and the expectation of our electorate.”