Those were the words of former Governor of Lagos State and former Minister of Power, Works and Housing, Mr Babatunde Fashola, SAN at the 7th Lagos Economic (Ehingbeti) Summit on 8 April 2014.

A few months thereafter, in what represents a vote of confidence on the performance of Fashola and his team, Fitch, a global rating agency, upgraded Lagos State’s National Long-term rating from ‘AA (nga)’ to “AA+ (nga)’ “for its continued solid operating performance, improved transparency and efforts towards an increasingly sophisticated and transparent administration, which is conducive to growing private sector investments.”

Without a doubt, Lagos State, and by extension Nigeria, has been the better for the circumstances which brought out Mr Fashola from his private legal practice and thrusted him into public service, who in his characteristic self, applied himself wholly to the responsibility.

“Being in public office for us cannot be a tea party. It cannot be a picnic. Rather, it demands the highest degree of discipline, sacrifice, commitment and determination to make enduring changes,” he had told his colleagues in the Executive, and members of the Legislature, during the presentation of his maiden Budget as the Governor in 2008.

This prior commitment to public service must have been his guiding principle when he responded to the challenge of heading the unprecedented combo of the hitherto separate Ministries of Power, Works and Housing from President Muhammadu Buhari.

Fashola rolled up his sleeves, and like the “skilled mechanic” (credit Nobel Laureate Prof Wole Soyinka) that he is, – for his methodical approach and detailed planning to solving problems – soon after being inaugurated, headed to the various ministries, and for weeks received comprehensive briefings from the public servants there in preparing for his maiden Press Briefing where he laid out his agenda for each of the sectors under the merged Ministry.

With overwhelming support from President Buhari, and with increased budgetary allocations to the Ministry, infrastructural renewal began to manifest across the country within a short period of time to the extent that there was no State in the Federation without Federal Government presence. As Fashola would put it, “if we are not building a road in a state, we are building a house or intervening in a transmission system.”

A columnist with The Nation newspaper, Steve Osuji who had earlier wondered why such critical sectors could be handed over to one individual, even if the person had proven track record of deliverability was later to testify to the wisdom in the President’s decision.

Wrote he: “Who says a tree cannot make a forest; who says only an engineer could head the Works, Power and Housing ministry, who says leadership is not everything?” He termed it the “Fashola Effect.”

In May 2017, during his tour of duty as Minister of Power, Works and Housing, Fashola travelled “by road to 34 states to visit road projects, driving for a minimum of 12 hours per day.” He later toured the remaining two States – by road as well.

In Kano, the Emir, HRH Muhammadu Sanusi III told him: “…Nobody needs to know how many megawatts of power you are producing now; we experience it. We know the number of hours we used to be in darkness and what we are experiencing now. Most people now get electricity for 16,17, 18 hours on the average since you came in. Frankly, that is significant progress….”

A journalist, Ebitimi Tamuno, wrote in The Nation of 3 April 2017 that Fashola and his entourage arrived the Borno State Government House in Maiduguri a little over midnight (and) Governor Kashim Shettima was bewildered because nobody had driven on that route that late in seven years of Boko Haram then.

Transition being a central metaphor in human existence, the critical junction of the completion of a tenure of office as the Minister of Power, Works and Housing after three years and six months meant for Mr Fashola a period to render an account of stewardship both to Mr President and the Nigerian public whom he served.

And this he did on Monday 29 April 2019 when he presented a Tenure Completion Report during the public presentation of the book, “Proof of Infrastructure Delivery Across Nigeria.” As an avowed team player, he summed up thus: “Ladies and Gentlemen, on behalf of my brother ministers, Mustapha Baba Shehuri, Minister of State who started this journey with me, and Suleiman Hassan Zarma, Minister of State who joined in 2017, and who has now been redeployed to head the Ministry of Environment, I feel confident to say that with the help, support and cooperation of our staff, under the leadership of our permanent secretaries and directors, we have delivered on the agenda I set out at the 2015 press briefing.”

Worthy of note at that event was the attestation of the members of the legislature who had oversight functions over the Ministry headed by Mr Fashola. Chairman of the Senate Committee on Works, Senator Kabir Gaya who stated that his committee members travelled to 33 states by road affirmed that “roads which were neglected for the past 18 years are back on track” and commended “the (Minister’s) zeal and commitment to serve his boss (President Buhari) and to serve the nation.”

At the event also, Alhaji Lai Mohammed, said that the Ministry of Power, Works and Housing made his job as Information Minister “much easier than it would have been because right from the beginning they gave us things to say about this Administration’s achievements.”

For the records, Mr Fashola’s then colleague, the Minister of State, Hon. Mustapha Baba Shehuri, testified at the valedictory session (on 28 May 2019) for both of them: “(The) Minister is an embodiment of hard work, a visionary, excellent, innovative, focused and integrity-based leader…which made it possible for us to hold and discharge our responsibility reasonably well.”

Indeed beyond these testimonies, says the Permanent Secretary (Power), Louis Edozien, who himself was drafted from the private sector, is the message that Fashola continually passed on to them at the ministry that “the journey is not over; the work is never done and we as public servants must understand that we have a commitment to deliver service (and) continue this journey to the end and make the country better for all of us.”

And, that indeed, is what drives Mr Fashola: working with his heart and might to make things better than how he met it. Perhaps, it is better put by Modestus Umenzekwe, a former President of Odunade Building Materials Dealers Association, and a frequent road user, who wrote in The Cable (8 September 2016): “One admirable thing about Fashola is that he executes every assignment as though his life depended on them. He is, to a considerable extent, the face of what the Catholic Church has in recent decades popularised as common good.”

And, on that good note, here’s wishing my boss a hearty 56th birthday.

• Hakeem Bello is Special Adviser, Communications to the former Minister of Power, Works and Housing. 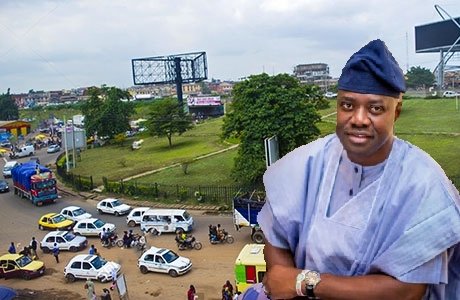 The Infantile Indiscretion of a Pseudo-Progressive: ASUU Rejoinder to Bisi Akande’s...