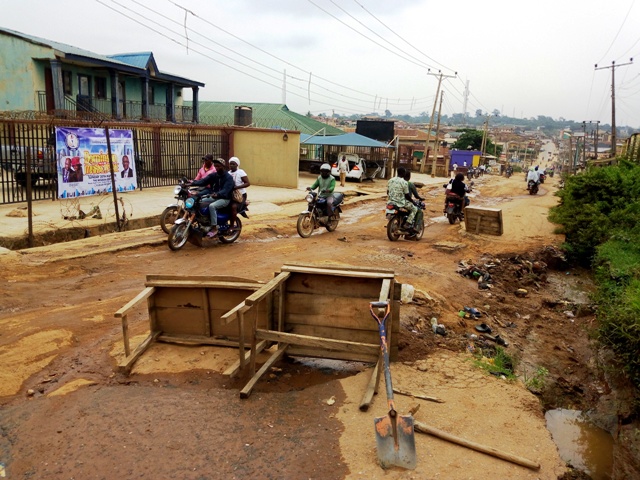 Landlord Association and business owners in Awotan community  Ibadan has resolved to self help by repairing the damaged  portion of Apete- Akufo road which they described as death trap.

The road linking ancient and historical communities together in Ibadan has been in poor state since the erosion disaster of 2011.

The condition of some part of the road became worsen when the water pipe  was laid  on the road and most of the part open were not properly covered and later washed away by erosion.

“We  have recorded several accident with high degree of injury on this road, in fact some weeks ago , a woman nearly gave birth in front of the  filling station here, the health centre staff came to her rescue after she fell from motorcycle” says  another resident

“Several appeal were made to the government to extend the construction of Apete-Ijokodo road to Akufo or repair the damaged portion  of the road  but no positive response  up till this moment”  says  Mr Fabayo, President Awotan Central Landlord Association

The road is important to us in this community, business activities is being affected , many people are afraid of even coming to Apete with their cars, even riding motorcycle to your destinations is risky on the road, it is on this note that we resolve to self help

” We have started with the little  money we have in the community’s account,  and  very soon we will start tasking  ourselves, it is a collective responsibility,  we will do it together  and I am very sure people will corporate.”

“What we are doing is just a palliative measure to make the road better, we are still talking with the government and we believe very soon our governor Senator Ajimobi will consider the project as one of the road he must fix before the expiration of his tenure” 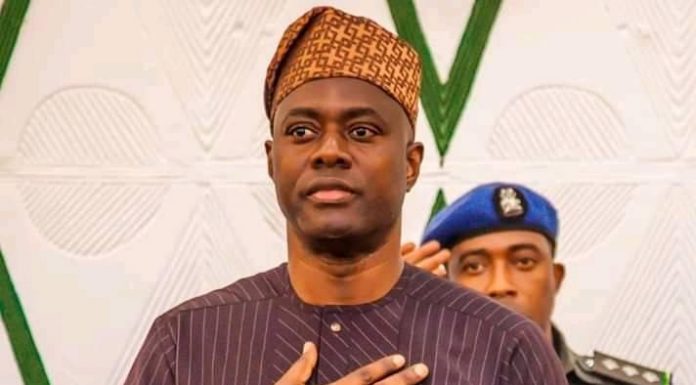