Former Vice President and chieftain of the Peoples Democratic Party (PDP), Atiku Abubakar has been identified as the best suited for the position of President and Commander-in-Chief of the Federal Republic of Nigeria in 2019.

In a press statement by a group, the Alliance for Northern Development Initiatives (ANDI), based in Kaduna, the group said it zeroed in on the former Vice President because of his many good qualities as well as his interest and deep concern for the well-being of young people and all Nigerians in general.

The group said in the statement signed by its Secretary General, Barr.  Juris Tanko that Atiku Abubakar is highly recommended because of his acumen in running businesses, his detribalized nature, his compassion and philanthropy and his abiding interest in the progress, unity and development of the Nigerian nation and people without discrimination.

The statement notes that Atiku Abubakar is a tested politician and leader who has been Vice President of Nigeria, during which time he discharged his responsibilities with a sense of purpose and integrity. The statement notes further, that even within the limited space available to him as Vice President between 1999-2007, Atiku Abubakar acquitted himself as a defender of democracy and the nation’s Constitution and one who would not swap the supreme interest of the country for political favours from those who arrogated to themselves the ignoble position of godfathers in politics.

The statement reminds that another quality which makes the Waziri Adamawa the best choice for the Nigerian people, is that he is a hard-working businessman, and investor who provides thousands of jobs for Nigerians of all walks of life and consequently is well-wired to replicating same peradventure he is given the opportunity to lead the country thereby ensuring that millions of our people are shielded from hunger, unemployment and destitution.

The group stressed that Atiku’s interest and investment in education exemplified by his founding of the American University of Nigeria (AUN) in Yola, Adamawa State, shows that with him as President, education in Nigeria would have a champion who from experience and interest would deal a deadly blow to the current low education standard confronting the country plus the vexed issue of the right type of education to guarantee future employment and unleash the entrepreneurial endowment in the Nigerian youth.

The statement urged all Nigerians irrespective of political affiliation and ethnic origin to reflect dispassionately on this matter and join hands with the PDP and other patriotic Nigerians to ensure that Atiku Abubakar, the entrepreneur, educationist and philanthropist who loves his country men and women is not only on the ballot for 2019, but goes on to get the people’s mandate to get Nigeria working again for the good of all 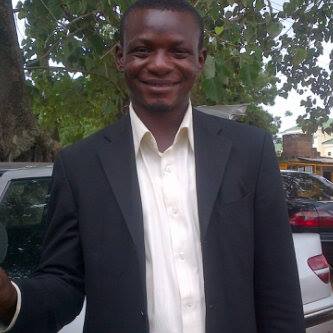