Academic Staff Union of Universities (ASUU) on Friday described as an act of illegality the request by the Accountant-General of the Federation Ahmed Idris that lecturers who have been denied their salaries should submit their Biometric Verification Number (BVN) to effect the payment.

ASUU said that it remained committed to the reasons it is currently on strike which are the revitalisation of public varsities through adequate funding, renegotiation of her agreements with government, full implementation of outstanding agreements and payment of academic earned allowances from 2012 till date, and ensure that visitation panels are constituted to visit the universities.

The Union stated that it is not on strike because of IPPIS but because of the lamentable infrastructure, unfulfilled agreements and demeaning welfare system of Nigerian intellectual community.

President Muhammadu Buhari had directed that all lecturers being owed February and March salaries be paid without attaching any condition to it.

However, ASUU stated that the office of the AGF disregarded the order of President Muhammadu Buhari to pay all striking lecturers by 24 April, 2020 by trying to work with the IPPIS officers in order to allegedly obtain fraudulent kickbacks and railroad members into the illegal platform.

In a May Day release issued in Ibadan by the ASUU Chairman University of Ibadan Professor Ayo Akinwole entitled “This Mountain Shall be Removed”, ASUU maintained that lecturers in public universities have always been paid through Central Bank of Nigeria (CBN) from Abuja adding that the details of payment of lecturers are with the federal government.

According to Professor Akinwole demanding for BVN for payment is an orchestrated fraudulent path which the office of the Accountant General is noted for.

The release added that “Section 1.6 of the CBN Regulatory Framework for BVN shows clearly those who are entitled to request for BVN and defines the procedure for obtaining it. Such eligible entities may have been access to BVN after obtaining a valid court order and subject to approval of the CBN. The Accountant General of the Federation is neither eligible nor has he obtained a valid court order or approval from the CBN. This is another case of illegality. A BVN is very private instrument and should not be put in public space. It can easily be used for fraudulent activities. Staff emails and phone numbers are regularly sold to private organisations by government agencies. To entrust one’s BVN to them will amount to committing suicide. Besides, government has the resources to verify financial information of staff from Banks without requiring individuals to submit their BVNs to questionable sources” 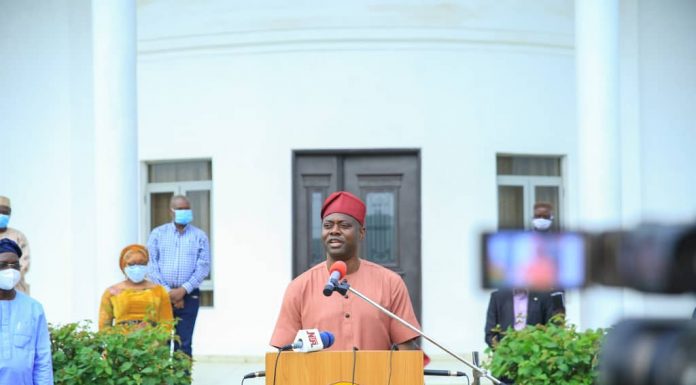 Late Olowo Majestic All Through – Mimiko