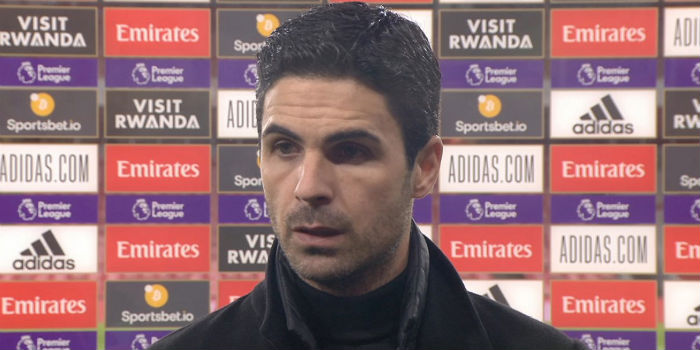 124
SHARES
3.2k
VIEWS
Share on FacebookShare on TwitterShare on WhatsApp

Arsenal’s manager, Mikel Arteta has admitted the club threw game away, after another disastrous performance from the club against Burnley.

He said this while speaking to Sky Sports in reaction to the Burnley game, after losing again to the away team. Losing their four consecutive home league games for the first time since 1959. Granit Xhaka was sent off for violent conduct at the Emirates Stadium; Pierre-Emerick Aubameyang’s own goal handed Burnley a 1-0 victory.

“We were on top from the beginning to the moment of the sending off,” Arteta told Sky Sports . “We threw the game away.”

Xhaka was initially shown a yellow card for the incident, but referee Graham Scott changed his decision to a red after consulting the pitchside monitor at the Emirates Stadium.

Xhaka’s petulance proved costly for Arsenal, who had appeared in the ascendency early in the second half following a poor first-half showing, with Pierre-Emerick Aubameyang’s 73rd-minute own goal eventually consigning them to their seventh Premier League defeat of the campaign.

When asked if Xhaka’s behaviour was unacceptable in his post-match press conference, Arteta said: “Absolutely.”

He added: “He’s made a mistake, clearly, that has cost us.

“We were prepared, knowing this was a game we clearly had to win, but with 10 men it makes it much more difficult. You give the opponent a chance and you end up losing on a set-piece.”

Arsenal were fortunate that Xhaka’s midfield partner Mohamed Elneny was not also sent off after he appeared to raise his hands to the face of James Tarkowski moments before Burnley’s decisive goal, and Arteta feels his players must show greater discipline.

“I think being unacceptable doing that action is because the players are in a moment where they are so willing to do more, to fight more, to show how committed they are, to be alive in the games, that on this occasion Granit has overstepped the line,” he said.

“There is another action with Mo that I haven’t seen but looks similar. We cannot make that mistake because that’s the wrong approach to what we are trying to do.

Arsenal will look to bounce back into winning ways in their next game week match against Southampton.