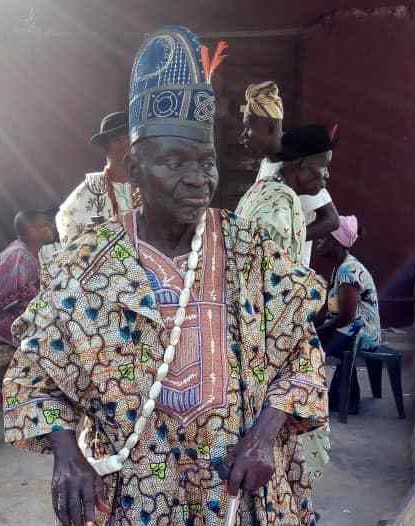 33
SHARES
413
VIEWS
Share on FacebookShare on TwitterShare on WhatsApp

His Spiritual Eminence Aworeni Adisa Awoyemi a.k.a. Makoranwale, the Araba Agbaye and Oluisese has joined his ancestors yesterday in Ile-Ife, the ancestral home of the Yoruba.

His Eminence was born to the family of late Pa. Awoyemi and late Mama Adeloore Awebi of Oke-Itase and Oke-Morisa compounds of Ile-Ife respectively in the early 1930s. Baba Araba as was fondly called did not attended any formal education due to the death of his father. 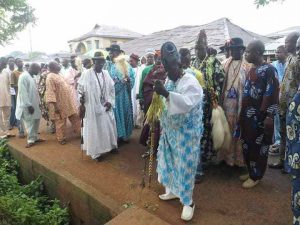 He lost his father when he was a child. Due to death of his father, he lived with his maternal uncle in Ifewara, a town within Ijesa territory and the home town of the  General Overseer of the RCCG, Pastor Enoch Adeboye.

He helped his uncle in farming activities and other jobs assigned to him.

When he came of age, he was trained as a mechanic. He trained as Tractor and other big trucks mechanical engineer. He  stayed  in Osogbo while working as Tractor mechanic before he shifted his workshop to Ile-Ife. Baba workshop in Ile-Ife started from Aderemi Road before he moved to Oke-Ogbo. It was from mechanical profession, he ventured into sawmill business.

It was during his tenure as Araba that the Osun State government renovated the World Ifa Temple in Oke-Itase, Ile-Ife to modern hall with modern facilities. His reign witnessed numerous chieftaincy titles as he installed Araba of Cuba, USA as well as other black-Americans and Yoruba in Diaspora were honoured with different Chieftaincy titles.

It was during his reign that the Awo Olodumerindinlogun Hall,  Oke-Itase compound received tremendous renovations. He received numerous honours and awards for his contributions to preservation and propagation of Yoruba culture and tradition, particulalrly Ifa from Nigeria and outside the country.

Baba Araba travelled across the globe where he had Ifa faithfuls. Some of the countries were Argentina, Paraguay, Mexico, Cuba, Spain, USA, UK, Brazil, Jamaica, Ghana, Benin Republic among others. He was blessed with wives, children, grandchildren and great grand children