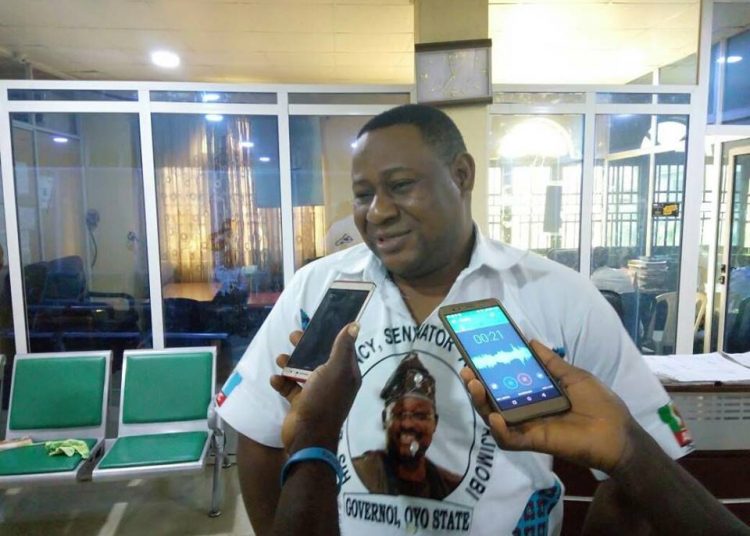 123
SHARES
4.1k
VIEWS
Share on FacebookShare on TwitterShare on WhatsApp

A chieftain of the All Progressives Congress APC in Oyo state  Honourable Olusegun Odebunmi (Bunvic), has said that the party would surmount its seeming challenges and take over the state come 2023.

Chief Odebunmi,who currently represents Ogo-Oluwa/Surulere federal constituency in the National Assembly, stated this against the insinuation that some members were dumping the party for the Peoples Democratic Party (PDP) in the state.

The Federal lawmaker who is also a member of the  committee on reconciliation  in a chat with journalists recently said “People should jettison the claim that APC members are defecting to the PDP. I can say unequivocally that a lot of PDP members had defected to the APC in my constituency, but I won’t publicise it because we have a long way to go in our strategies.”

“I can tell you that legacy left by Ajimobi will be taken over and we will be led to victory in 2023. Our mission is to recapture Oyo State and we have an advanced stage in the responsibility we are saddled with.

“People should know the most senior in any family and same thing goes to political party like ours.”

Odebunmi, chairman of the House of Representatives committee on information, national orientation, ethics and values, therefore, stated that the reconciliation committee, led by a former governor of the state, Chief Adebayo Alao-Akala, would put right measures of reconciling all the tendencies and aggrieved groups with a view to recapturing the state in 2023.

He said, “With the support of Chief Alao-Akala, as the chairman of the APC reconciliation committee in our state, you will see how will win the 2023 governorship and other elections resoundingly by God’s grace.”