The ruling All Progressives Congress party has been identified as the only and best option that can take the country to where she ought to among the comity of nations, despite series of challenges confronting her.

He explained that it will be difficult to correct the damage done by the PDP administration for good 16 years in just two and half years. He added that he believes in the President Muhammadu Buhari’s led government to turn around the situation in the country for better if necessary support and cooperation is given by the citizens.

Omoolore as he is fondly called, while comparing the level of performance by the present administration with that of former President Goodluck Jonathan, submitted that the Buhari’s led administration has touched more lives through various programmes and policies such as Home Grown Feeding programme for primary school pupils, disbursement of #5000 financial support to the vulnerable and the N-Power programme for the youth.

Hon. Adesina said that the Sure-P programme put in place by former President Goodluck Jonathan was nothing but an avenue to enrich some certain individuals.

While reacting to the allegation that people are decamping to the ruling APC to save themselves from corruption cases with Economic and Financial Crime Commission (EFCC), Hon. Adesina said that APC has nothing to do with whether someone has a case to answer or not, he added that it is only a court of law that has power to convict if the person is find guilty or acquit if he or she is not.

Omo Olore condoled with the people of Benue State over the recent killing in the state by the Fulani herdsmen. He lamented that despite the efforts of the federal government to stamp out every element of criminality in the country, some callous people still went ahead to carry out such a dastardly act.

He alleged that the incident might be a handiwork of some do or die politicians, who only want to sabotage the efforts of the government in order to score cheap political point.

Hon. Dapo Adesina used the opportunity to implore President Muhammadu Buhari not to relent in his effort in ensuring that the issue of Fulani herdsmen is put to rest with immediate effect. 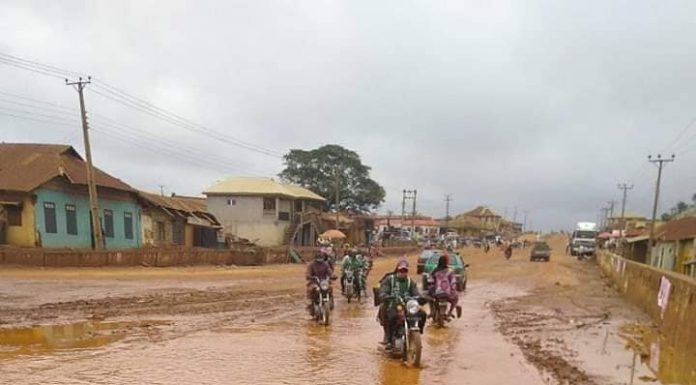 Be neutral, Ooni tells commission of enquiry on ethnic clash in Ife