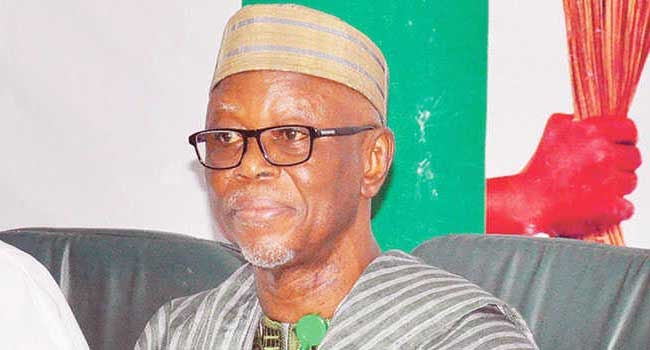 Ahead of the APC National Convention scheduled to take place on June 23, the National Chairman of the All Progressives Congress (APC), chief John Oyegun, has officially announced his withdrawal from chairmanship race of the party.

Oyegun announced his decision on Friday in Abuja at an interactive forum with journalists covering the activities of the party.

He explained that his intention not to contest for a second tenure was in the interest of the party.

The APC chairman added that contesting for a second tenure may throw up contentious issues in the party, says such would not augur well for the party in 2019.

He, however, admitted that the party is faced with difficult challenges ahead of the general elections.

With the withdrawal of Mr Oyegun from the APC chairmanship race, former governor of Edo State Adams Oshiomhole remains the only candidate for the office

Another 186 Nigerians Evacuated From Libya