Ogunwuyi who was among the Federal lawmakers that defected from the All Progressives Congress at the plenary today said the lingering crisis in his former party forced some members to join other parties.

He disclosed further that his constituents mandated him to resign, following the unending crises caused by alleged high-handedness of Governor Abiola Ajimobi, who runs the party as a sole administrator.

The lawmaker while announcing his defection on the floor of National Assembly cited the provision of section 68 (i) (g) of the constitution of the Federal Republic of Nigeria 1999 (as amended) to support his defection.

In a press statement signed by his S.A media Ayoade Peter, Ogunwuyi said that the division in APC had gotten to an irreconcilable level as some persons were running the affairs of the party like sole proprietors.

“The Rt.Hon.Speaker, my decision to leave the APC for PDP is supported by the leaders and constituents of my constituency.

“This is considering the troubling fact of division within the national and state leadership of the party. After wide consultations with my constituents, I have been advised to formally defect to PDP so that we can together actualize our vision of moving our Constituency, Oyo state and Nigeria at large forward. Therefore, may I kindly inform all here of this formal decision in this plenary.
“

While I assure you of my highest esteem, be further assured of my total commitment to the legislative agenda of this 8th National Assembly under your leadership and support for the government,’’ he said.

In his remarks, Dogara said “based on the rules of the house, there cannot be further debate on the matter since the representative brought his notification to the Chamber via Order 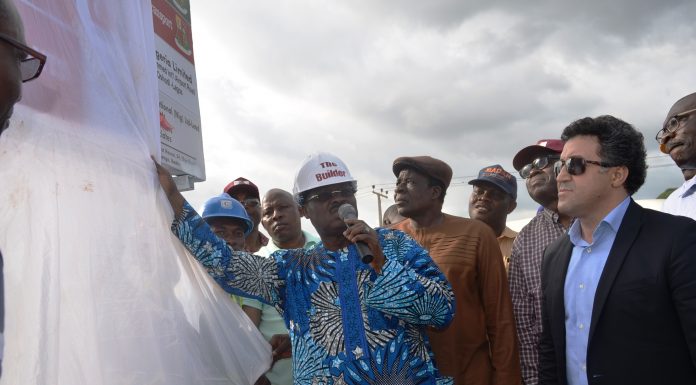 Our welfarist record is second to none – Ajimobi