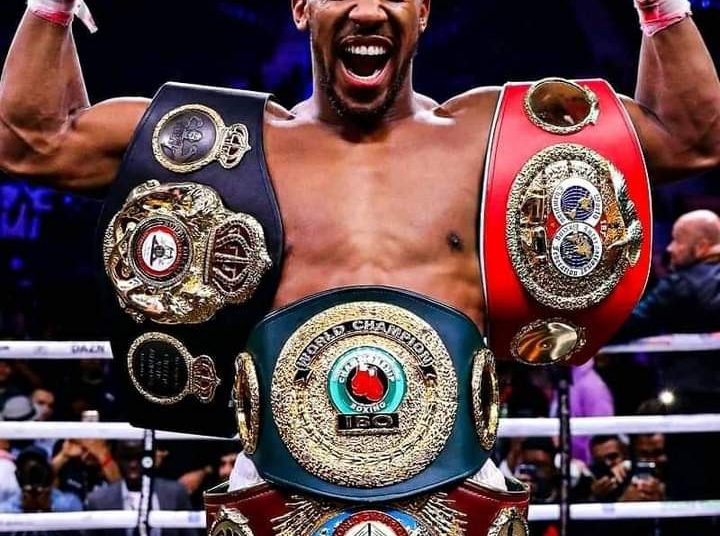 362
SHARES
4.3k
VIEWS
Share on FacebookShare on TwitterShare on WhatsApp

Anthony Joshua on Saturday night retained  his heavyweight championship by knocking out Kubrat Pulev in the ninth round at the SSE Arena, Wembley 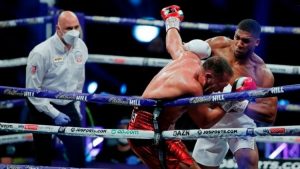 Joshua floored Pulev heavily on three occasions, twice in the final round, and ended the fight with a vicious right hand to retain his IBF, WBA and WBO titles, Skysports reports.

The explosive performance from Joshua would have demanded the attention of Tyson Fury – they remain on a collision course to decide an undisputed champion in 2021.

Joshua barely broke eye contact with his challenger from the moment he strode over the top rope and into the ring, then their pre-fight fist bump was aggressive and intense.

When the punches began flying, Joshua landed a series of jabs and Pulev clipped him back with a left hook.

When Joshua let his hands go for the first time with a four-punch salvo in the second round, Pulev smiled sarcastically back at him.

Joshua smashed Pulev with a perfectly-timed right hand in the third round that badly hurt his challenger.

Joshua hunted him, desperate for the knockout, and landed a brutal barrage of uppercuts and hooks which eventually toppled Pulev to the canvas.