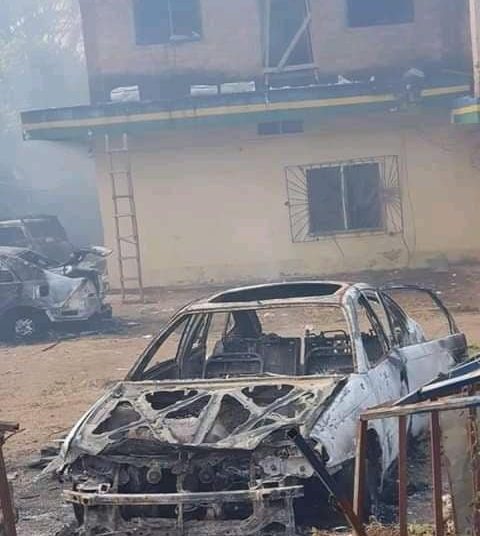 42
SHARES
4.8k
VIEWS
Share on FacebookShare on TwitterShare on WhatsApp

The police station was put on fire around 8am on Wednesday in reaction to  the action of some officers duty in the area who  allegedly killed a commercial motorcyclist on Tuesday night over extortion.

He said the Commissioner of Police in the state, John Abang, had ordered the arrest of the officer who killed the commercial motorcyclist while appealing for calm.

He said,” On Tuesday about 10.30pm, there was an altercation between police operatives and motorcycle riders over some impounded motorcycles as a result of the recent restriction on movement of motorcycles beyond 9 pm in the State.