His Imperial Majesty ,Oba Lamidi Olayiwola, Adeyemi 111, the Alaafin of Oyo has called for consistent effort by Nigerian authors, custodians of Yoruba culture and tradition and other stakeholders in preventing  Yoruba culture , language from going into extinction

The monarch who decries the overwhelming dominance of foreign tradition over the local ones said insisted that with concerted effort of people with genuine intention for promotion of language and culture Yoruba will not go the way of others.

Alaafin  maintained that “ Yoruba has the best language , tradition, and culture in the world, our greetings,  food, wears, the way we relate are too good to loose,   the younger generation should be exposed to those things that makes us unique as a tribe and that is the only way we can sustain it

“Mr Sayo Alagbe is one of the good author and his works are good for both academic and pleasure reading , he has authored some books which I was part of and I can confidently say  he is one of our pride in Yorubaland”

“ I want to recommend the two books and others for the government to procure for schools for learning  and individuals who want to learn more on reading, writing and understanding Yoruba  proverbs, and others “

The Author, Mr Alagbe said his concerned for the growth and advancement of Yoruba land, language, customs and tradition buoyed his passion for writing Yoruba books

Alagbe a trained journalists  maintained that “ I am concerned about the declining status of Yoruba  language, many of people cannot read nor speak Yoruba  effectively and I believe books like mine and others would help them in reading and learning Yoruba” 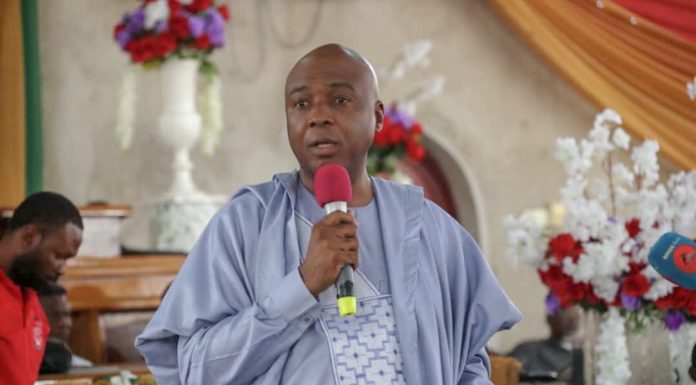 Another Man Lays Claim to My Son,Man Tells Court , Seeks Divorce With Wife