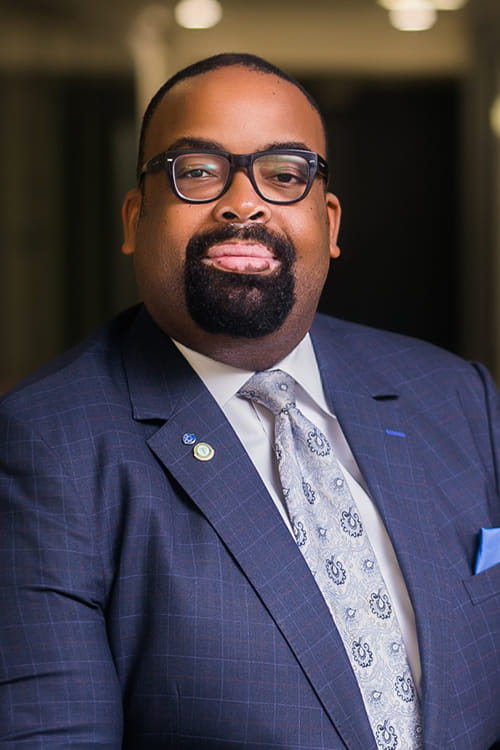 28
SHARES
349
VIEWS
Share on FacebookShare on TwitterShare on WhatsApp

Elections in Nigeria are high-stakes contests. General elections in our fourth republic have not only been characterised by pervasive malpractices, tears, and blood, but have also seen the systemic disenfranchisement of the majority in favour of an elite class that have perpetuated themselves in power. Since there is a well-established correlation between political transitions, democratic consolidation, and development, it is no surprise we are where we are.

Any serious push towards fixing Nigeria must therefore start with addressing leadership recruitment – who leads us and how they get to office. Not only at the level of government but every segment of the public sphere. This is why the recently concluded elections of the Nigeria Bar Association (NBA) should be of interest to any patriot. According to the official results announced by the Electoral Committee of the NBA (ECNBA), Mr. Olumide Akpata polled 9,891 votes to defeat two senior advocates – Mr. Dele Adesina SAN and Dr. Babatunde Ajibade SAN, who scored 3,982 and 4,328 respectively. Effectively, Akpata hauled 53.40% of the 18,256 ballots that were cast – matching the combined efforts of his two opponents with some change. To be clear, Adesina and Ajibade are well respected and eminently qualified for the position, but this was a landslide by all ramifications.

Akpata’s victory on the back of a strong appeal to the younger generation of lawyers is significant. It is evidence that such factors as demographic dynamics and technology are altering conventional structures and principles on how power is acquired, used, kept and lost. From the insights which Moisés Naím provides in his book: The End of Power(published in 2013), it is apparent that power is shifting from brawn to brains, from north to south, west to east, from old corporate behemoths to agile start-ups, from entrenched dictators to actors in town squares and in cyberspace. Akpata is a symbol of a renaissance that may have begun, and his election holds extrapolative lessons for the possibilities in Nigeria’s larger body politic.

Few would disagree that the legal profession and ultimately the Nigerian judiciary are in need of urgent reforms. On all fronts, ranging from our abysmal human rights records, to widespread delays and outright denials of justice, it is clear that Nigerians need a more responsive, efficient, and effective judiciary to uphold the rule of law. There can be no peace and development without justice. However, the primacy of the rule of law in any society does not come easy. Rule of law and political accountability can only be extracted by a critical mass of enlightened citizens, and through the advocacy and interventions of non-state actors such as the NBA.

As the elite association of lawyers in Nigeria, the NBA bears a moral burden to champion the reform of the justice sector. More so, the NBA as a professional association cannot avoid the myriad of challenges associated with rising unemployment in the country, and the dearth of economic opportunities available to a burgeoning youth population.

Akpata’s campaign demonstrated an understanding of these issues and did well to articulate his strategies to address them in a manifesto that should become a reference point for anyone aspiring to office. He leveraged the widespread discontent with the status quo in the affairs of the bar, that paid little attention to the welfare and prospects of younger lawyers. He preached hope to those trying to earn an honest living practicing the noble profession. Amongst other things, his manifesto promised institutional responses that would seek to widen opportunities for lawyers in emerging practice areas. He promised to push for curriculum review to produce first-class lawyers from our institutions that are better prepared to thrive in a fast changing world.

The pushback from the powers that be was largely covert, but not without the widely publicised opposition to Akpata’s candidacy coming from revered silk Asiwaju Adegboyega Awomolo SAN, who wrote to Chief T.J.O Okpoko SAN, a former President of the NBA (1998), as well as the Body of Senior Advocates of Nigeria (BOSAN), expressing his fears that members of the Outer Bar were making moves to “wrestle” the office of the Nigerian Bar Association (NBA) president from the members of the Inner Bar. He further opined that in order to preserve the seniority in the Bar on the one hand, and “the integrity, honour and respectability of the Office of President of NBA” on the other, the revolutionary quest to take away the position from a SAN by junior members in the Bar required an urgent meeting of past Presidents of the NBA to save the situation. No such convening ever held, but rather became a call to arms to younger lawyers.

Indeed, Akpata’s election defied the inner and outer bar dichotomy and is the first time in over three decades that the president of the NBA has been elected from outside the rank of senior advocates. The first runner up Dr. Ajibade, SAN, being an honourable Ekiti man, did well to “respectfully disagree with the position” presented by Awomolo, asserting that “there is nothing contained in the Nigerian Bar Association (NBA) Constitution or in the history of the NBA to support the submissions. The focus should be on the character, capacity, and antecedents of persons who aspire to lead our profession and not on their title or rank.”

On his track record, Akpata has passionately engaged in Bar activities right from his days at Dr. Mudiaga Odje & Co., Warri, Delta State. As a foundation member of the NBA Section on Business Law (NBA-SBL), he worked closely with predecessors before becoming the chairman of the NBA-SBL in 2016. During his tenure, the SBL became known for advancing progressive conversations on addressing challenges and improving the opportunities available to corporate lawyers. It also became an avenue for robust social interactions. SBL conferences were by far the most exciting, and attracted young lawyers in their numbers. Akpata being a people-person nurtured relationships across board and became a mentor to many. That is where the #AKPATANATION movement started from.

Asides the legal profession, Akpata has been well known as a reformer. He has seized every civic space available to promote his vision for a new Nigeria. He has been active in every association he has been affiliated to – from the King’s College Lagos Old Boys’ Association, to the University of Benin Alumni Association, to faith-based organisations, to Cultural preservation endeavours in the ancient Benin kingdom, to supporting political aspirations of visionary underdogs in elections across all levels – Akpata has paid his dues! He is a man of deep convictions and integrity, and a respected bridge between the younger and older generations. Personally, I have known him for over 15 years and he has been consistent in his activism, and investing in relationships across board, logging in hours on the road and in the air to personally attend social functions of his many friends and associates. He has consistently looked out for the interest of everyone associated with him, especially younger lawyers, long before he needed their votes. He is also deeply respectful of elders and I am certain his tenure of office would cater to the interests of his seniors at the bar, SANs inclusive.

Akpata’s victory should teach our political elite in particular, and Nigerians at large that there is the possibility of the emergence of competent candidates from outside conventional circles, and that digitally connected young Nigerians in their numbers are a bloc that cannot be ignored. With deteriorating infrastructure, limited economic prospects, worsening insecurity, and other portends, they are unlikely to continue to sit idly waiting for good governance or change. One day, they would demand it – and without sounding apocalyptic, the glamorisation of corruption and the failure to pursue economic growth and development today would result in an increasingly restive citizenry which has the potential to destabilize governments at the least, or lead to even more disastrous outcomes for the state. Conversely, if the right set of policies and institutional actions are taken, it will spur the conditions for long-term growth and demographic dividends.

Demographic shifts and the spread of information communication technology (ICT) is what distinguishes today’s world from those of our forebears – it promises to alter how leaders get to power. The most important lessons from Akpata’s election however is that contrary to popular arguments by those who fear change: anti-establishment is not necessarily anti-intellectualism; populism and deft retail politics does not equal vacuous pretenders; political change is tenable with minimal or no collateral damage; and borrowing from Robert D. Blackwill and Jennifer M. Harris, it is possible to wage the war for the soul of our dear country by other means and win.

I join all well-meaning Nigerians to wish Mr. Olumide Akpata success. May the wine from your bar be sweet.

I am Not A Spare Tyre – Oyo Deputy Governor