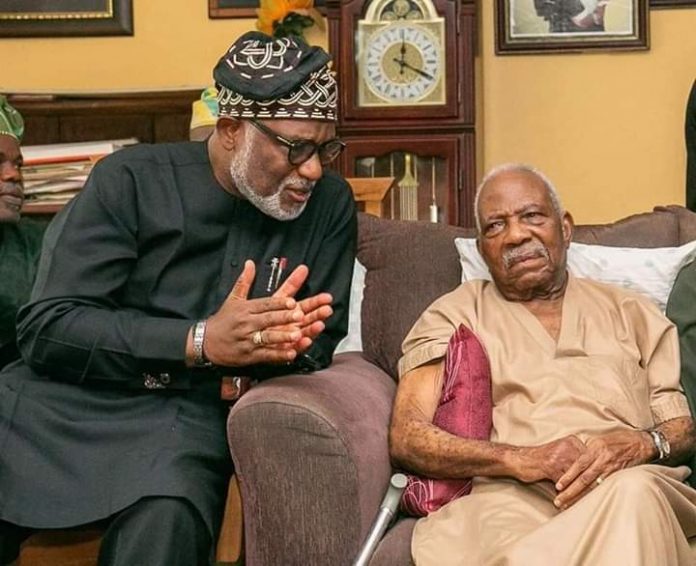 Ondo state governor, Arakunrin Oluwarotimi Akeredolu, SAN, has commiserated with the Leader of the Pan – Yoruba Socio-political organisation, Afenifere, Pa Reuben Fasoranti, over the loss of his daughter, Mrs Funke Olakunrin, who was killed by armed bandits on Friday.

Governor Akeredolu also condole with the husband of the deceased, Mr. Idowu Olakunrin.

According to  a statement signed by Olabode Richard Olatunde , Special Assistant to the Governor (New Media Akeredolu, who cut short his trip to Lagos State, to console the foremost Yoruba leader and his family over the painful loss, was accompanied by his Chief of Staff, Cheif Gbenga Ale, Chairman of the All Progressives Congress (APC) in the state, Engr. Ade Adetimehin and other members of the state Executive Council.

The Governor described the murder of Mrs Funke Olakunrin as an ugly incident, stressing that it is undoubtedly a death too many.

Arakunrin Akeredolu, who expressed his worry over the incident, said that some measures must be taken to prevent its reoccurrence.

He said the death of Funke Olakunrin was a personal loss, adding that it is like mourning a relative whose life has just been cut short.

Governor Akeredolu promised that government will brief the media adequately about the steps and measures to be taken very soon. 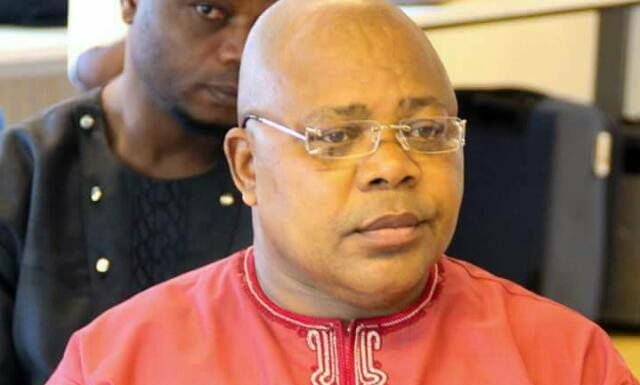