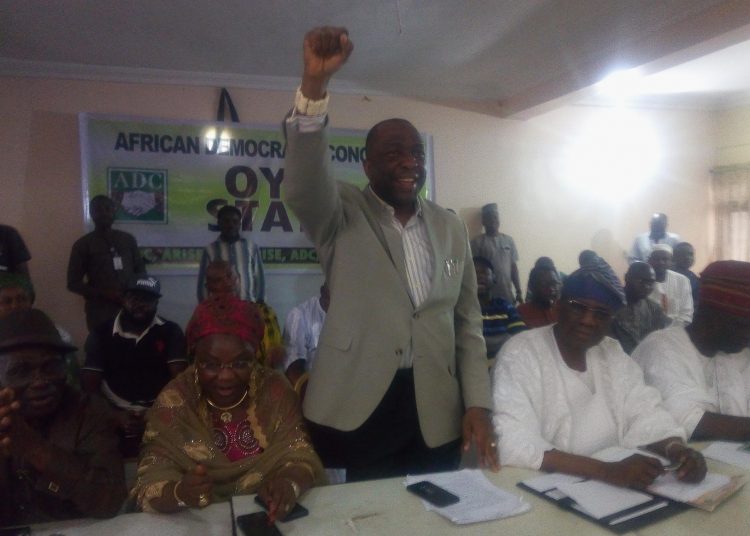 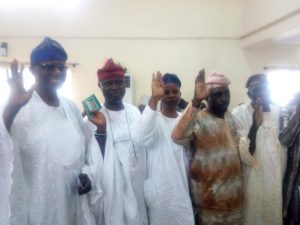  The Oyo state chapter of the African Democratic Congress (ADC) today inaugurated a 9-member caretaker committee to steer the affairs of the party affairs in the state pending the time of the party’s congress which will take place this month.

The event which took place at the Nest hotel in the state capital, Ibadan had in attendance the National chairman of the party, Chief  Ralph Nwosu;Legal Adviser, Barrister Peter Oyewole; Treasurer Pa Kelvin

Memebers of the committee are:

” We are concern about changing Nigeria for better and this can only be achieved by allowing only leaders who are passionate about serving the people and not leading to the to contest on our platform and anybody aspiring to be anything will have to go through our leadership training session for effective performance.”

He said further that the involvement of Senator Rashidi Ladoja and other leading political figures in Oyo state gives an assurance  that the party will take over Oyo state from Agodi  government house in 2019.

Nwosu maintained  that , ADC which was a corner shop party before has been elevated to a mega party after some leaders in the southwest adopted it  with a view of spreading it beyond Nigeria

The chairman of the committee Dr.Femi Majekodunmi in his remark thanks the political leaders for entrusting such responsibility into their hands and promised not to betray the confidence reposed in them

He also empathised on the need for corporation , unity and harmonious relationship  among members .