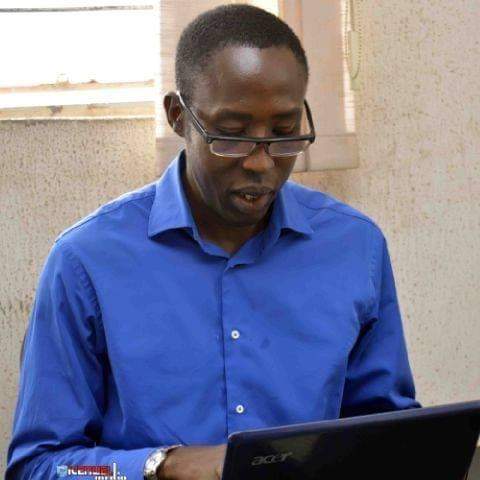 Attending public schools where teachers interspersed their explanations in certain subjects with the mother tongue at the elementary level afforded one the opportunity of learning some expressions early. Examples abound; the addition sign was aami iropo, the subtraction and multiplication signs were aami iyokuro and aami isodipupo respectively.

One other expression I picked in Primary Four at St. Williams Catholic School II, Oke Ado, Ibadan was “adaku mu’ko osan” (one who faints just to have a pap meal in the afternoon). Mrs. Sanni, one of my teachers had excellently used the expression to describe a girl who had a penchant for fainting. Of course the girl was usually exempted from the floggings which many of us were subjected to back then.

When the Acting Managing Director of the Niger Delta Development Commission, NDDC, Professor Daniel Pondei asked the Chairman of the House of Representatives Committee on NDDC, Hon. Olubunmi Tunji-Ojo to step aside, many Nigerians had expected prolific fireworks. Especially with the revelations and allegations made by the immediate past MD in her testimony before the Committee. The call for Tunji-Ojo to recuse himself was reminiscent of the Arunma Oteh saga of 2012 in which she called out the Chairman of the Committee probing the Securities and Exchange Commission for allegedly demanding a business class ticket to attend a programme.

Pondei however upped the ante by walking out on the Committee. Of course it takes years of academic work replete with intense researches to become a Professor and Ponbei wouldn’t allow himself to be rubbished by politicians. Some even thought the one time Provost of the College of Health Sciences, Niger Delta University had a can of worms he wanted to open.
No one thought Professor Pondei would faint; no, not with his experience in the field of Medicine. Moreover, at his prior appearance before the Committee, he didn’t say his Doctors had advised him against attending the sitting.

When Prof could no longer provide answers to the questions asked him, he started sweating mildly. He soon started fanning himself; an action many thought was innocuous. The defining moment that ended the session abruptly however came, when his head went on the table.

After Ponbei’s emergency exit came the session with the well experienced Senator Godswill Obot Akpabio, the Minister in charge of Niger Delta Affairs. Apart from being a lawyer, Akpabio was Governor in Akwa Ibom, an oil producing state for eight years after which he served as Senator for four years. Not only is he an insider, with his legislative experience, he knows how to maneuver around National Assembly panels.

Akpabio’s dexterity at answering questions was not the issue but the recurrence of the Abiku tendency of Nigeria’s probe panels. And the House of Reps’ probe of the NDDC may not be too different. In the Yoruba context, Abikus are children who die shortly after birth and they often return to torment their parents emotionally by not living to full maturity. Abikus in time past were known to make a mess of even the greatest medicine men.

Nigerians in some quarters take probe panels for nothing more than their entertainment value; and probably the fact that they give people an idea of what leaders do with public funds.

There was the $ 13 billion Power Sector probe years ago in which Hon. Ndudi Elumelu and members of his Committee tried to uncover some deals that went down in the power sector. Supporters cheered on as former Ministers went in to face the Committee. Some of them even had the effrontery to throw wads of Naira notes at the crowd that gathered outside the venue back then. Such is the case of the average Nigerian; obstinately supporting those who loot the national treasury with relentless vigour. Not only was nothing done after the power sector probe; till date, Nigeria can still not boast of 24 hours of uninterrupted power supply in all constituencies.

The House of Reps Committee that investigated fuel subsidies that were paid by the Federal Government ended up being smeared. Farouk Lawan, its Chairman, was charged with corruption for allegedly accepting $ 500,000 being part of a $ 3,000,000 bribe he allegedly solicited from billionaire businessman, Femi Otedola, whose company, Zenon was implicated in the fuel subsidy scam.

The probe panels have more or less become abiku children that continually make mockery of the medicine man’s efforts especially when such panels and their achievements are weighed side by side with the Federal Government’s anti-corruption stand.