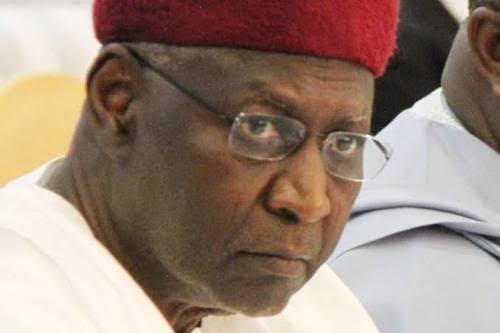 The Arole Oduduwa and Ooni of Ife, Ooni Adeyeye Enitan Ogunwusi, Ojaja II has described the death of Chief of Staff to the president of Nigeria, Mr Abba Kyarias as an unfortunate surprise.

The Ooni expressed this through his Director of Media and Public Affairs, Comrade Moses Olafare in a statement released at the early hours of Saturday.

Ooni Ogunwusi who is the natural father of the Oduduwa race worldwide described late Kyari as a coolheaded fine gentleman and great respecter of traditional institutions who had until his death handled his position as a public servernt with dignity and dedication arising from his fervent belief in and his incorruptible patriotism to the Nigerian project.

“The House of Oduduwa under the leadership of the Arole Oodua Olofin Adimula, Ooni Adeyeye Enitan Ogunwusi, Ojaja II, Ooni of Ife has received news of the death of Alhaji Abba Kyari with a rude shock and he sees it as a very unfortunate surprise.

“Late Abba Kyari was a detribalized Nigerian and coolheaded fine gentleman who had treated traditional institutions with love and respect and who had until his death undoubtedly dignified public service as Chief of Staff with dignity and dedication motivated by his fervent belief in and incorruptible patriotism to the Nigerian project”.

“Kabiyesi Ooni immediately after the news was confirmed, made a phone communication to the wife and children of the late Chief of Staff in which he prayed for the gentle soul of the deceased and the fortitude for the family to bear the irreparable loss”. Olafare said.

The concluding part of the statement quoted Ooni Ogunwusi, Co-chairman of National Council of Traditional Rulers of Nigeria(NCTRN) urging Nigerias to take the ongoing fight against the global coronavirus pandemic more seriously, saying the virus is a ruthless enemy of humanity that must be collectively defeated.

The Ooni also prayed for the souls of the thousands of victims around already killed by COVID-19 around the world and charged the Nigerian citizens to keep the rules and regulations already set by the government as measures to combat the pandemic. 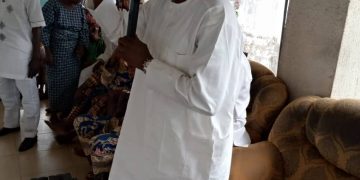