A Passionate  Call For Visionary Representation: A challenge to BAF and Other Lawmakers From Oke Ogun.By Semiu Azeez 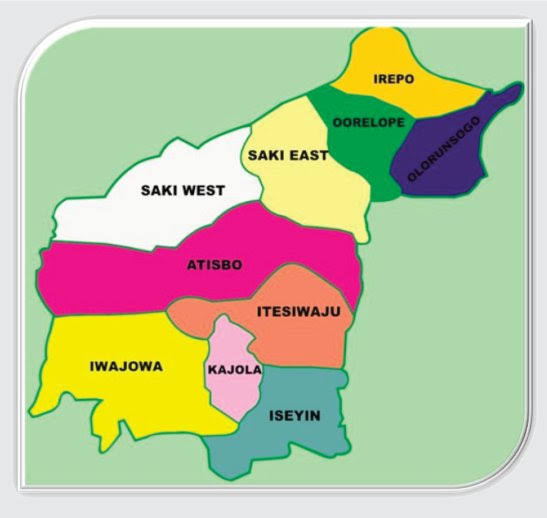 Taking a cue from the words of Issac Asimov, an American Political gladiator and analyst in his analysis of anti-intellectualism, cynicism, politics and war, ignorance is king. Many would not profit by his abdication. Many enrich themselves by means of his dark monarchy. They are his Court, and in his name they defraud and govern. Even literacy they fear, for written word is another channel of communication that might cause their enemies to become united. Their weapons are keen-honed, and they use them with skill. They will press the battle upon the world when their interests are threatened, and the violence which follows will last until the structure of society as it now exits is leveled to rubble, and a new society emerges. As suitable as this to the present situation of Oke Ogun, Oyo State, Nigeria, I am sorry in case this piece hits anybody, old or young, government or governed and rich or poor.

To me, it is an opinion that we are all expected to ponder on, over and over Political participation is no doubt a pathway through which developed or under-developed societies are guaranteed depending on the participants and other major variables paramount among which is quality of representation. A representation will be relatively believed to be quality if the representative works in tandem with his visions aimed at making lives worthy of living for people he is representing, hence, the need for every patriotic being in Oke Ogun to take active roles in Nigeria politics. While I concur that we need political power in Oke Ogun to develop, our appeal should go to those who are genuinely patriotic to take a lead in our political liberation. While I am not going to unveil names of those that have the qualities until 2022 ahead of 2023 general elections, MY STAND for now is that we should all rally round all those God has chosen for us as leaders. Let us individually and collectively advise them, guide them and pray for them so that our shares of dividends of democracy can be gotten in Oke Ogun.

I am aware of havocs being perpetrated on our social media. The spreaders of fake news have taken social media to defame characters of not only prominent but non prominent figures. Some have committed suicides and some in their state of ill-health as a result of fake news peddled about them. My advice is that we should all change our conduct because whatever goes around, comes around. Let us be peaceful and united through our reports not only on social media but on other traditional media too. Development should be our target and nothing more.

On the prevailing issue of the agitated Federal Polytechnic for Oyo State, surely a common sense will have it that Oke Ogun should be the beneficiary, the host as it is glaring that the zone has been a neglected zone for long in not only Oyo State but Nigeria as a country. To make this more interesting, Iseyin is the most neglected local government without Federal government presence. Who is to blame for this? Ourselves! Some young and elderly people are good at pulling-down whosoever is making headways instead of making peace with them to grow. Unhealthy rivalry and egoism had made them remain poor. Some of those who are blessed enjoy seeing their peers and younger generations wallowing in abject poverty with exception to figures like Alhaji Hammed Raji, SAN, Emeritus Professor Dibu Ojerinde and Professor Deolu Akande who are till today making unforgettable impacts on the lives of our people. They have all used their God-given opportunities to develop Oke Ogun.

When the news of the Federal Polytechnic being allegedly taken to Ogbomoso by Senator Buhari Abdulfatai occupies the media space, I asked myself, is this possible? I then took my time to carry out necessary findings and observed the ignorant comments from our people so that I would not act foolishly. My findings showed that some people, as a result of their political affiliations cum level of understanding of roles of legislators in Nigeria context attacked Buhari Oyo North and alleged that he wooed the institution to Ogbomoso. This is not only a political lie but a deliberate effort to weaken the strength of BAF ahead of 2023 general election. To me, we do not need this. Election has come and gone. We need to support the government at all levels so that Oke Ogun can have its share of dividends of democracy.

The fact has been established that in the 7th Senate, Senator Ayoade Adeseun influenced the Federal Polytechnic to Ayede in Oyo Central Senatorial District. A copy of Punch Newspaper, July 22, 2011 edition is enough evidence for anybody to know that originators of the rumour were only out to tarnish the good image of the God-fearing man, Senator Buhari. I expected some elderly ones among them who claimed to have degrees, working in reputable settings and some retired to at least justify their level of education and exposure by putting themselves in BAF’s shoe. In my own opinion, I think BAF would rather influence it to his local government of origin or any of the three local governments that form part of Oyo North he is currently representing. I reliably gathered BAF does not even know where Ayede is because he has never been to the town.

I am aware that some persons have even misinformed elders especially in Iseyin that people of Ogbomoso including Buhari Oyo North jubilated in Ogbomoso four days ago. Another confirmed lie! Somebody who has been at Harvard with other political functionaries from Nigeria for the past two weeks jubilating at Ogbomoso? Our people are funny! We need a change of attitude if Oke Ogun, and Iseyin in particular must develop. I advise that our elders should not allow bad eggs who derives joy in the present state of the town to mislead them. If our desire is going to be achieved, all our representatives in governments at all levels have roles to play and so the need to be friendly with them. BAF holds Iseyin and Oke Ogun in high esteem and he is not going to disappoint us, by God’s grace.

My own calls to Senator Buhari Abdulfatai and Honourable Shina Abiola Peller are as follow:

Eradicate poverty via provision of employments for graduates

Organize adequate vocational trainings for those without modern education.

Work on completion of abandoned Badagry/Sokoto road that passed through Iseyin among others.

Be prayerful so that you can fulfill all your campaign promises

Passionate appeal to my people include:

Let us pray for our leaders

Let the young respects the elders and vise versa.

Let us allow our leaders to concentrate on the jobs given to them.

Let us show them love and affection so that we can be blessed from above.

I sincerely appreciate the efforts of our Distinguished Senator and all members of Federal House of Representatives from Oke Ogun for joining our voices in calling attention of Federal government to all Federal roads in Oke Ogun. I believe strongly, we shall all laugh soonest.

Thank you all and remain blessed.