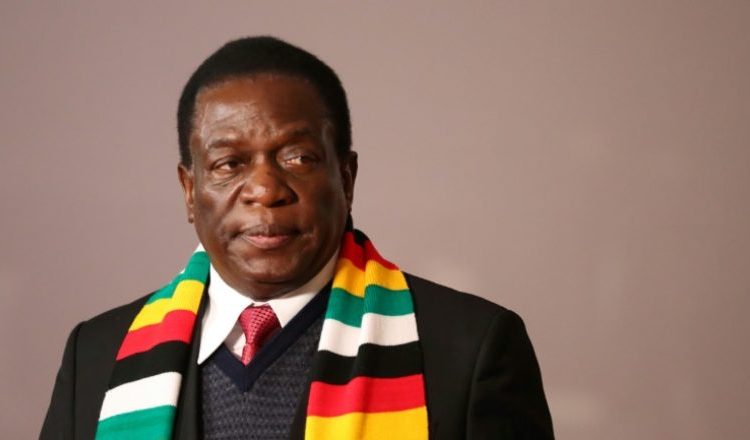 He polled 50.8 per cent of votes as against 44.3 per cent polled by his closest challenger Nelson Chamisa of the MDC Alliance..

MDC Alliance said the election of President Emmerson  Mnangagwa  was based on a fake result and that it would challenge it in court.

Zimbabwe electoral rule says a candidate needs to win 50 per cent plus one vote to clinch the presidency.

Mashonaland West was the stronghold of former leader, Robert Mugabe, who urged voters on Sunday to snub Mnangagwa and other members of ZANU-PF as punishment for toppling his administration last November in a military coup.

Moments before the official announcement, MDC spokesman Morgan Komichi denounced the vote count as “fake” as he took to the stage at the ZEC results centre before being removed by police.

After Mnangagwa was declared the winner, he told AFP that his party rejected the outcome. “We will take this to the courts,” he said.

Police and soldiers were on the streets of Harare overnight, but there were no reported protests and few public celebrations when the results were announced after midnight.

“What they have been trying to do of late is to play around,” Chamisa, who claimed he won the popular vote, told reporters hours before the final results.

“That is rigging, that is manipulation, trying to bastardise the result, and that we will not allow.”

He took to Twitter on Friday morning to explain what he called the fraud and manipulation of the will of the people of Zimbabwe.

Politicians Should  Not Be Crucified For Leaving A Party, Says Soyinka