The YSF Publicity Scribe, in a statement on Monday described the prolonged detention of the activist in the Department of State Services (DSS) cell as oppressive and unconstitutional, saying the cases against Sowore set a dangerous precedent for the misuse and subversion of Nigeria’s justice system.

He also urged all Yoruba leaders to speak up against Sowore’s prolonged detention, saying they should not leave the activist alone at this critical period of his travails.

Odumosu, however, appealed to the Federal Government to expedite action on the release and ensure that the activist enjoy his liberty.

He also flayed Sowore ‘s prolonged detention, saying it was an abuse of his human right to freedom.

According to him, he said the planned revolutionary protest cannot be said to be treasonable since it was yet to be implemented before the activist was arrested by the DSS.

” Nigerians are entitled to express their feelings. They should give him bail, he is entitled to temporary freedom”

” What Sowore did through the botched protest was to express the feelings of Nigerians and in as much as the protest was peaceful, and violent – free, there is no point putting him behind bar for that long period of time”

“It is time for our leaders to learn to be accommodating. It is time for our political class to learn about the best way to handle varying views, especially,that of the opposition parties. Democracy thrives when opposition’s views are accommodated and handled maturely. So President Buhari must doff the robe of a former military man and put on an attire of a democrat”, he said.

“We are not in a military regime, where peoples’ rights to freedom and other fundamental human rights were alien to the military”

“Nigeria is a democratic republic, therefore, unlawful detention of a people can lead to further crisis and the Federal Government must try as much as it is possible to avoid this by listening to the cries of Nigerians”.

The publishers of Sahara Reporters and convener Global Coalition for Security and Democracy in Nigeria was arrested by the police from the Department of State Services (DSS) on August 5, over a botched revolutionary protest, while many of the protesters were arrested in Lagos.

The Police had alleged the activist of a plot to force a regime change in the country.

Meanwhile, the State Security Services had sought power to detain Sowore for 45 days for the purpose of investigating the allegations against him.

“After detaining him for almost two months now, the DSS found no evidence against him.

He was charged with insulting the President, under section 24(1)of the Cyber crime Act,and that he had committed treason by planning to stage protests against government and money laundering for transferring the sum of 19,975 dollars from his personal bank account to Sahara Reporters, an online medium published by him”. This is repressive, Oppressive and largely, unconstitutional” Odumosu said. 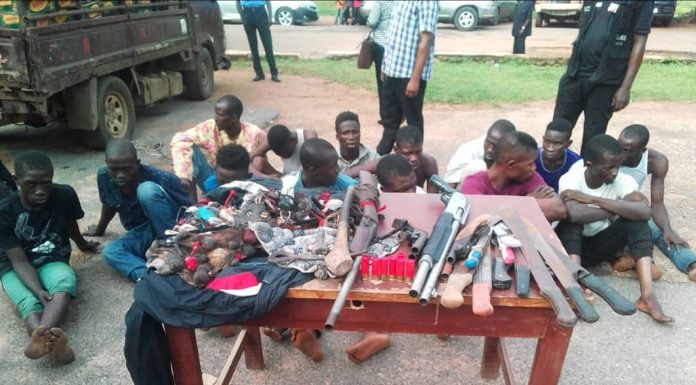