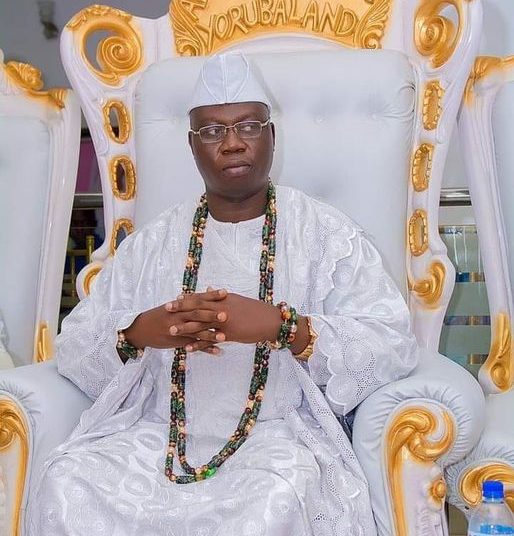 421
SHARES
4.9k
VIEWS
Share on FacebookShare on TwitterShare on WhatsApp

Load More
Iba Gani Abiodun Ige Adams’ Profile in Perspective.
Aare Onakakanfo of Yorubaland, Iba Gani Abiodun Ige Adams, is the National Coordinator of the Oodua People’s Congress (OPC), Global convener of the Oodua Progressive Union (OPU) and Chief Promoter, Olokun Festival Foundation (OFF).
A visionary leader, charismatic political activist, reliable champion of the rights of the masses ,and a culture aficionado, Iba Gani Adams has no doubt, etched his name on the sands of time.
And like the huge elephant that cannot pass unnoticed, Aare Gani Adams was the overwhelming choice for the position of the first Deputy National Coordinator and now the National Coordinator of the group.
Thirsty for self-improvement in the present challenging world, he returned to school to bag a Diploma in Tourism Management from the International Aviation School, Tema, Ghana in 2003.
Not done, he went further to obtain another Diploma in International Relation and Strategic Studies from the Lagos State University (LASU) and capped it with a Bachelor’s Degree in Political Science from same Lagos State University (LASU).
Iba Gani Adams started well as an active Pro-Democracy Activist in 1992.
He pitched his tent with the Campaign for Democracy (CD), in the struggle to end military rule in Nigeria and install participatory democratic governance.
Gani Adams had a big and daunting responsibility thrust on his shoulders when he became the Public Relations Officer (PRO), of Mushin Local Government Chapter of CLO in 1993 and Member of Oodua Youth Movement, OYM, a pro-Yoruba self-determination group.
He was a strong believer in the promotion of Yoruba cultural heritage.
His organization, the Olokun Festival Foundation, today remains the only Non-Governmental Organization (NGO) that is dedicated to the promotion and preservation of Yoruba culture and tradition.
He established the Oodua Progressive Union (OPU), a Yoruba Socio Cultural group in the Diaspora In 2011,and made landmark feats in major countries across Europe, Asia, Africa, North America and South America where he launched chapters of the Oodua Progressive Union (OPU).
Today, OPU has registered its presence in 92 countries, where it has been launched, with more countries eager to join.
It can be said that OPU is the largest Yoruba socio cultural association in the Diaspora
It is to his credit that a Yoruba socio-cultural organization has good representation in the United Kingdom, UK, Germany, Holland, France and many other countries spread across the globe.
In recognition of his well-placed understanding of national and global security matters, Iba Gani Adams was also nominated to represent the Yoruba race at the National Conference organised by the Federal Government of Nigeria in 2014.
In recognition of his well-placed understanding of national and global security matters, he was made a member of the National Security Committee in the National Conference and Vice Chairman of the National Security Management, Sub Committee on National Security.
Aare as fondly called by his admirers, was in the thick of the battle to ensure that the military return to the barracks to guarantee the return of democracy to Nigeria in 1999.
This can be said to be one of his major achievements in life.
Aare Gani Adams has been honoured with many chieftaincy titles across Yoruba Land.
He had been conferred with over 232 chieftaincy titles, prominent among them is the Aare Onakakanfo of Yorubaland, which remains the grand commander of warriors in Yorubaland and the most Prestigious chieftaincy title
ALSO READ  Renew Your Charms and Be Ready For Collaboration With Police , Others Against Insecurity In Yorubaland- Gani Adams Tells OPC Members
Tags: Aare Gani AdamsAare Ona Kakanfo of YorubalandFranceGermanyHollandKingdomOodua Progressive Union (OPU).UK
Previous Post