The Deputy Senate President, Ike Ekweremadu, has explained why the National Assembly did not reduce the age limit for aspirants vying for governorship and presidency.

His explanation comes a few days after President Muhammadu Buhari signed the Not Too Young To Run bill, Deputy Senate President, Ekweremadu, who is also Chairman of the Senate Committee on Constitution Review, said that the Senate having deliberated on Section 146 of the 1999 Constitution as amended, decided on the tenure of the President.

He added, “Section 146 (2) further provides that where any vacancy occurs in the circumstances mentioned in Sub-section 1 during a period when the office of Vice-President is also vacant, the President of the Senate shall hold the office of President for a period of not more than three months, during which there shall be an election of a new President, who shall hold office for the unexpired term of office of the last holder of the office.”

According to him, the President of the Senate could act as President should the position become vacate, hence the need for the qualification for both offices to be the same.

On the non-reduction of the age qualification for the office of the Governor, Ekweremadu stated that the majority opinion was that 35 years should be ideal for now to enable the would-be governors to acquire the requisite experience to pilot the affairs of a State.

“However, the Not-Too-Young-To-Run amendment is just one giant step forward. It is not the end of the road, but just the beginning of the road. It is not an end in itself, but a means to an end.

“I believe that anyone, who is 18 years old and qualified to vote should also be qualified to stand for an election. This is our ultimate target and I believe we will get there. So, it is work in progress because constitution amendment is a continuum,” he added. 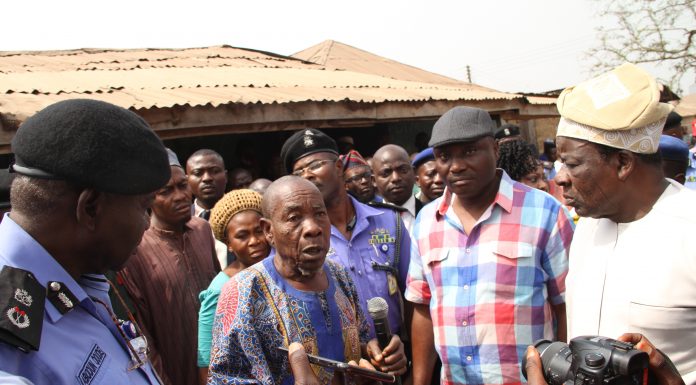 NGF: Governor Fayemi Will Deliver on His Mandate- Lamiju Akala