The Senior Special Assistant to the President on National Assembly Matters (Senate), Ita Enang has said that President Muhammadu Buhari did not sign the Electoral Amendment Bill because doing so might cause confusion and lead to anarchy.

Enang said this on Thursday during an interview on Channels Television Breakfast programme, Sunrise Daily.

He also disclosed that the President did not consult the other 91 political parties before refusing to sign the electoral bill because he needed to act in the best interest of the nation.

“Now, let me get to the other issue that Mr President alluded to, in not assenting to the bill. It is getting too close to election time and it will be dangerous to bring in a new electoral law at this time when the process of election has commenced from August, September, October this year. If you come to conclusion under a new law. It will cause confusion and may lead to anarchy.

“I think that what the President is to do is to take the best of discretion and from his vantage point as President of the country, to look at international best practices,” he said. 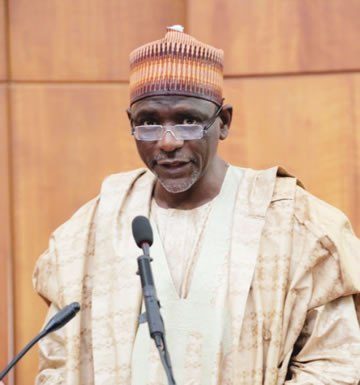 Abuja Light Rail Project to be Commissioned Next Month