The Academic Staff Union of Universities ( ASUU) , Ibadan Zone on Sunday declared that if the federal government failed to remit salaries of members at the end of October, the union will not hesitate to declare total strike action to reinforce members rejection of the Integrated Payment Personnel Information System (IPPIS) being forced on them by the federal government.

ASUU insisted on no pay, no work while rejecting the proposed enrollment of its members on the controversial IPPIS platform.

The Zonal Coordinator, ASUU Ibadan Zone, Dr. Ade Adejumo, while addressing a press conference at the University of Ibadan on Sunday described the IPPIS as a new and strange regime of finance about to be forced on public universities in Nigeria.

According to Dr. Adejumo , the union and the government used to be on the same page in respect of ” the infallible reasons that our union painstakingly explained to government representatives during our interactions, these , unfortunately appears to have fallen on deaf ears as government has not only rolled out its propaganda machines against our union , but also planning to ambush the union and force our members into this ill inform platform.”

ASUU, therefore, declared that the current anti-corruption fight on which the government hinged the IPPIS platform, is nothing, but to suppress the masses, and force the people to keep silence in the face of wholesale corruption in the government.

” These ominous signs, have now made it expedient for ASUU, as a responsible union of intellectuals, to puncture the lies sold to the public by government, particularly the office of the Accountant General of the Federation, so that members of the public can better be informed about our position”, he said.

Going down memory lane, Dr. Adejumo recalled ” bothered by the chronic declining of infrastructure and manpower, our union since 1992 started engaging government on critical issues of university autonomy and funding, welfare and scholarship development as it concerns our members. You will agree that these are very critical ingredients to the survival of any university system that is seeking continued relevance in the highly competitive universal academic world.

” Sequel to this fact, government , conceding that the university is peculiar and different from the civil service, ministries, departments, and agencies of government, agreed to the autonomy of universities in Nigeria and signed into law the Universities Miscellaneous Provisions (Amendment Act) in 2003. For emphasis, therefore , we now present detailed perspectives of our union’s rejection of the IPPIS to discerning members of the public.”

Further, he stated that IPPIS violated the provisions of the law, and the union is appalled that government is losing sight of the law respecting the power vested on the councils to dispense finances of the universities.

He stressed further that circulars from the ministries shall be deemed invalid to the extent that they are inconsistent with the laws and regulations of universities and the constitution of the Federal Republic of Nigeria.

” We have painstakingly cited these laws to expose the mischief or ignorance of the Accountant General of the Federation in his reckless statement that by opposing IPPIS , our union endorses corruption. Ordinarily, we need not have bothered about the vituperations of the AGF because the stance of our union against corruption is in the public domain, however the AGF needs to answer these questions ; if indeed, millions of naira have been recovered through the IPPIS, from where have those monies been recovered, and who are the culprits that have been sanctioned for such infractions,” Dr. Adejumo reiterated.

Therefore , he threatened that at the end of the October deadline, if they are not paid their salary at the end of this month, there will be no pay, no work, adding that the government ought to sit down and address the issues raised by ASUU . 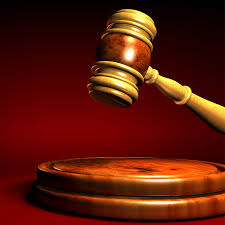 ‘He Intends to Use me For Rituals ‘, Wife Tells Court

Oyo Police Decorates 15 Officers Promoted To CSP, Enjoins Them To...